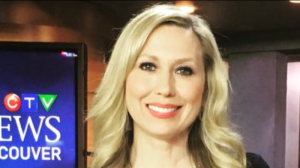 On her days off, Michele can usually be found in the mountains exploring new trails or at an ice rink watching one of her kids play hockey or ball hockey.

Michele has recieved more than a dozen journalism awards including four Jack Webster.