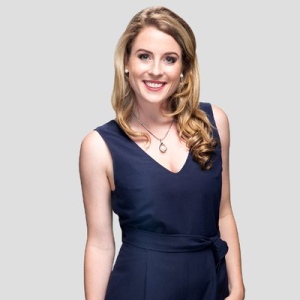 Mary Cranston is an award-winning journalist and hosts the weekend editions of CTV News at 11:30.

Before joining the CTV family, Mary was the host and producer for Breakfast Television in Vancouver. During her time on BT, Mary had the chance to interview a variety of high-profile politicians, athletes and artists. While laughing with her co-workers and guests every morning, she was able to establish a presence in the community and developed a solid appreciation for the west coast.

Before moving to British Columbia, Mary spent time on the east coast in Saint John, N.B., working as a video journalist for CTV News. From covering breaking news at the legislature to extreme weather events, Mary is grateful for her experience in the Maritimes as it helped her grow as a journalist.

Other career stints include working for CTV News and 570 News in Kitchener, Ont., as a writer and reporter. Mary graduated with Honours from Fanshawe College’s Journalism program in 2012.

In 2018, Mary was the recipient of the regional Edward R. Murrow award for Excellence in Innovation for outstanding combined coverage with News 1130 on civic election night.

Her earliest career highlight was winning the national RTDNA Cold-FX scholarship in 2012 for her story on Huntington Disease.

Having spent most of her life living in the Greater Toronto Area, Mary is now proud to call Vancouver home. Outside the newsroom, she’s always exploring new trails, discovering new breweries or restaurants, or relaxing at home with her fiancé. ​