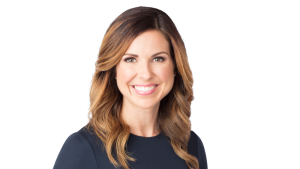 On sunny days Krissy enjoys the open road on her motorcycle.