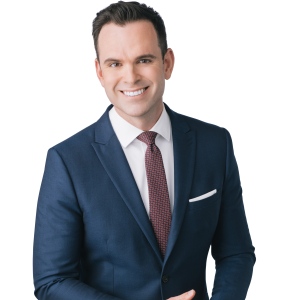 David Molko is a five-time Emmy-award-winning journalist and television news reporter and anchor, with over 15 years of experience in international, national, and local storytelling.

Molko won a Regional Edward R. Murrow award for his investigation into the operator of an unlicensed daycare where a 16-month-old boy died. He landed a series of exclusives with the boy's parents, and sparked changes to regulations that increased transparency and enforcement around child-care providers, impacting millions of families.

His reporting has also led CTV News coverage of stories with a national and international impact, including the extradition hearings of Huawei executive Meng Wanzhou, and the 2019 cross-country manhunt for British Columbia's teenage murder suspects.

Before his move to Vancouver in 2016, Molko was based at CNN's Asia Pacific headquarters in Hong Kong, where he reported on some of the biggest breaking news stories in the region. Those include the disappearance of Malaysia Airlines MH370, the crash of Air Asia 8501, Indonesia's haze crisis, the death of Singapore's Lee Kwan Yew, and the Hong Kong pro-democracy protests.

Molko has produced more than a dozen half-hour news and feature specials on location for CNN, including CNN Business Traveller episodes in China & the Philippines, editions of On The Road in India, Singapore and Japan, Future Cities: Singapore, Innovative Cities, On China, Talk Asia and A Nuclear Iran: The Expert Intel, a documentary special hosted by Christiane Amanpour.

His move to Asia followed five years as a senior producer at CNN International headquarters in Atlanta, where he produced live news programming, breaking news, and news specials seen by hundreds of millions viewers in more than 150 countries around the world.

Molko graduated from Columbia University in New York with a degree in Economics & Political Science. He speaks French and has studied Arabic and Japanese.

He is a U.S. citizen and Canadian permanent resident, originally from Southern California.