Abbotsford police the latest jurisdiction to get e-ticketing 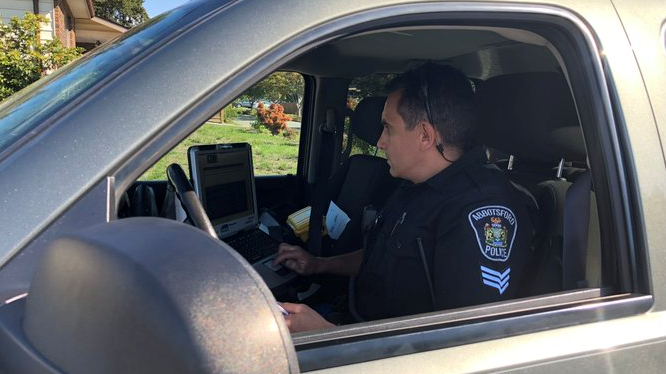 The Abbotsford Police Department is the latest jurisdiction in B.C. to roll out e-ticketing for driving offences.

As of this week, officers with the Traffic Enforcement Unit now have access to high-tech licence scanning machines, which will instantly upload licensing information to a digital database. The information is then sent to a number of agencies, including ICBC, and a paper copy printed out for drivers on the spot.

The system was first trialled in Delta in March 2018 and has since been expanded. It now includes police departments in Vancouver, Delta, New Westminster, Prince George and the North District RCMP.

Const. Rob Dyck with the Abbotsford Traffic Unit says it means more police departments can talk to each other instantly.

“Let’s say I stop a speeder and I give them a ticket, then they take off. Half an hour later, in another city, if someone stops them for the same thing, they see all my notes immediately,” Dyck said.

“In a paper-based system, that information might not have been seen for eight weeks. We can potentially start taking corrective measures with these drivers that are putting the public in danger.”

Drivers who receive a ticket can still fight the penalty through the court system, but payments can also be made through an online system. That’s in addition to being paid in person, over the phone or by mail.