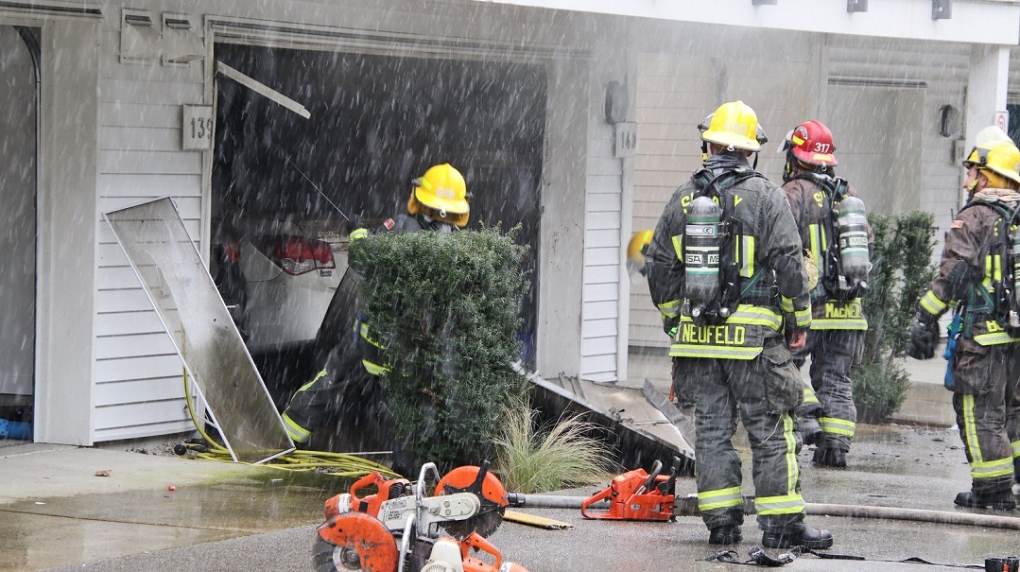 VANCOUVER -- A garage fire could have led to disaster if it weren’t for a smoke alarm and a mother’s quick thinking, says a Surrey fire chief.

Flames broke out around 8 a.m. Sunday on the ground floor of a townhouse on Guildford Drive while a family of five was inside upstairs.

“They were not aware of the fire. It was only because of the smoke alarm that they were able to get out,” said Steve Serbic, the assistant chief of operations with Surrey Fire Service.

“That smoke alarm made a massive difference in the outcome of this call,” he said.

A woman heard the alarm on the third floor and started searching her home for the cause. When she saw smoke billowing from the garage, she closed the door between the garage and the home, evacuated her family and called 9-1-1.

“It was a perfect scenario,” said Serbic. “The fire continues to burn, but because that complex has smoke alarms in all of the garages and they are interlinked, her alarm was going off on the third floor and she was able to respond to it. It was really good.”

He said effective fire proofing also prevented flames from spreading inside the home or to neighbouring units.

With the fire burning in the garage and the family outside in the falling snow, crews were told someone was missing inside the home. That triggered an upgrade to a second-alarm fire, bringing seven trucks and 20 fire fighters, said Serbic.

“They sent in an attack team to put out fire and also sent in search teams to look for the missing occupant,” he said. That person was later found safe outside.

The mother was treated for smoke inhalation.

Serbic said fire crews quickly knocked back the flames and pulled apart the garage to put out hot spots.