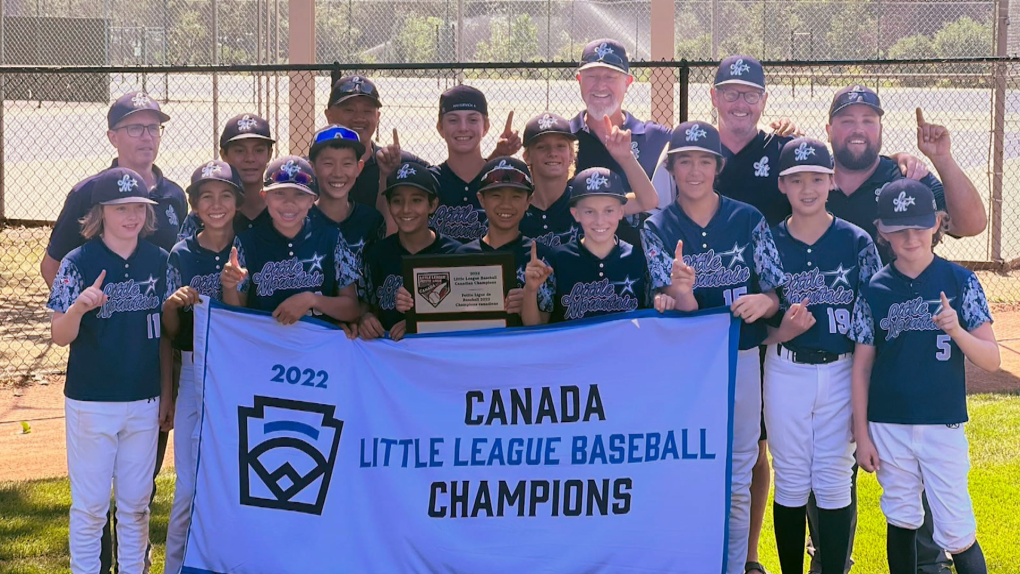 A team from British Columbia will be representing Canada at the Little League World Series this year.

Vancouver's Little Mountain secured its spot in a Friday afternoon game at the Canadian Little League Regional Championship in Calgary.

The team, which has been undefeated in the tournament, beat Moose Jaw 9-4.

That means the group of kids will be heading to the Little League World Series, which starts next week in Williamsport, Penn.

"I'm at a loss for words," coach Ulysses Yan told CTV News in an interview Friday.

"It was amazing, obviously. Something we were dreaming about for a few years. But to think it actually happened is another thing."

The team doesn't have much time to take in the victory or even rest, heading to Toronto just hours after the win. From there, it's on to Williamsport by bus.

"I've dreamed of doing this since I was eight years old, so it's a dream come true," player Ben Meichenbaum said.

Little Mountain's first game is on Wednesday against the team from Australia.

While it's exciting for the players, it's not the first time a B.C. team has represented Canada in the LLWS. In 14 of the last 15 years, the winning Canadian team has been from B.C.

Another team from Vancouver is headed to the Junior Little League World Series, held this year in Taylor, Mich. The B.C. Battalion will be representing Canada in that tournament, after beating the Lethbridge Junior Bulls earlier this week 6-2.

That team's first game is on Sunday against the Latin America Regional Team.

As Russia's war in Ukraine enters a flammable, even more dangerous phase, analysis from the Associated Press on CTVNews.ca looks at whether a wider war is looming with devastating results for the world, perhaps not seen since 1939-1945.

Russia vetoed a UN resolution Friday that would have condemned its referendums in four Ukrainian regions as illegal, declared them invalid and urged all countries not to recognize any annexation of the territory claimed by Moscow.

Exposure to air pollution increases the risk of COVID-19 hospitalization by up to 30 per cent for fully vaccinated patients, according to a new study.