$85K worth of surveying equipment stolen in Coquitlam, police say 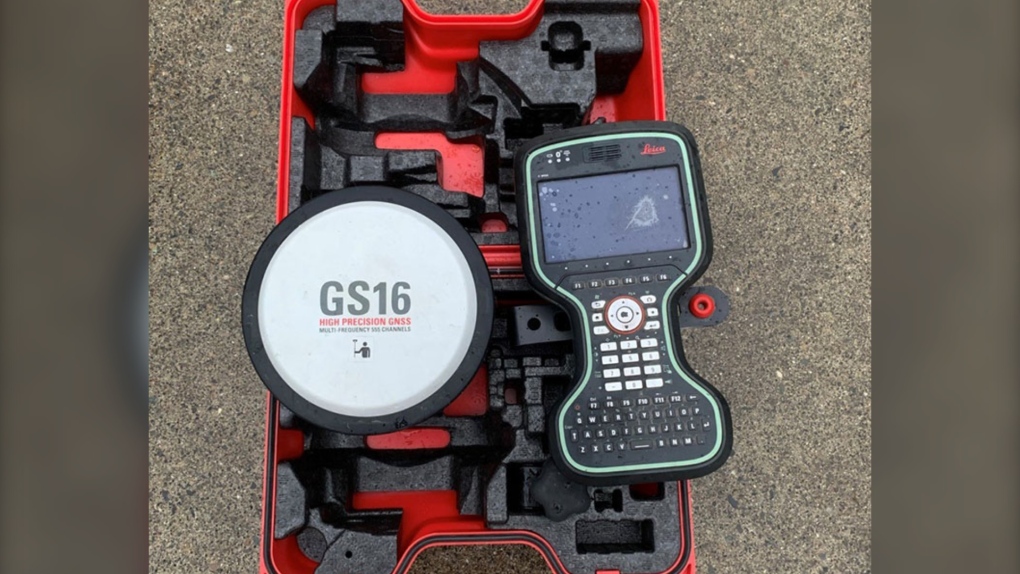 Among the items taken was a Leica CS20 field controller, which looks like a handheld computer in a figure eight shape, with a bright red case. Its serial number is 2421321. (Coquitlam RCMP)

VANCOUVER -- Mounties in Coquitlam are asking the public for help locating equipment left behind by a surveyor in their city last week and later apparently stolen.

The surveyor left the equipment behind in the 900 block of Quadling Avenue, near Blue Mountain Road, shortly after 10 a.m. on Friday, according to a news release from Coquitlam RCMP.

By the time the surveyor got back to the area, the equipment was gone, police said.

"We have excellent photos of the equipment along with the serial numbers, so there is hope that we will get this equipment back," said Coquitlam RCMP Cpl. Michael McLaughlin in the release. "This equipment is very specialized and the market is limited. If enough people know these items are stolen, then they will be really difficult to sell and perhaps we can get them back to their original owner where they belong."