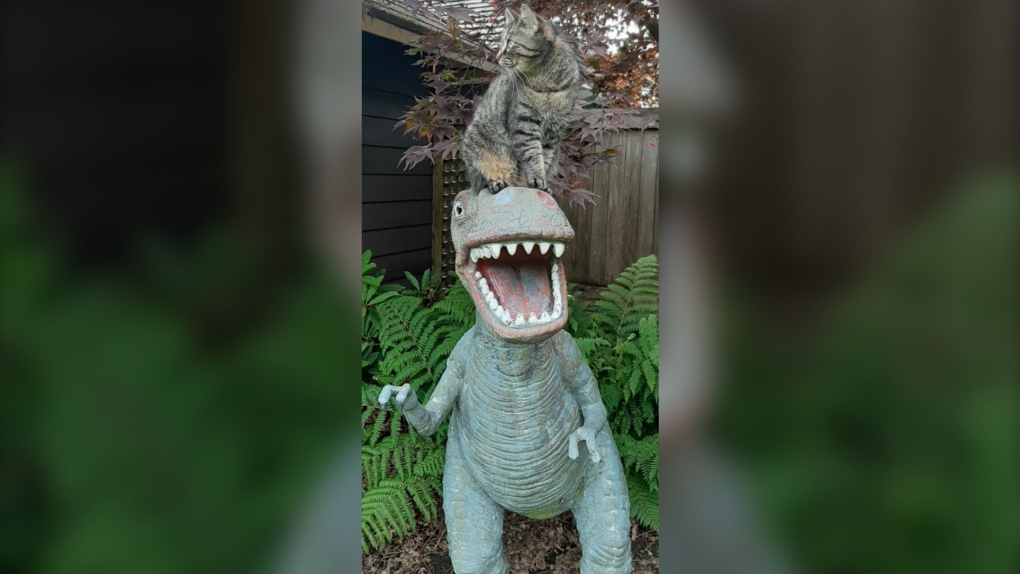 Burnaby RCMP say the piece was reportedly part of the Alberta pavilion at the 1986 World Exposition hosted in Vancouver.
VANCOUVER -

Mounties are investigating an unusual theft after an 80-pound fibreglass dinosaur statue vanished from a North Burnaby, B.C., backyard.

Burnaby RCMP say the piece was reportedly part of the Alberta pavilion at the 1986 World Exposition hosted in Vancouver.

“There are little reminders of Expo 86 from 35 years ago all over the province,” a tweet by Burnaby RCMP reads. “Please help us locate this one.”

The owner of the dinosaur posted a photo of the sculpture on Reddit, in hopes someone may have seen the prehistoric reptile.

Reddit user “Cplmustard” says the dinosaur was sold to a car dealership sometime after Expo 86 and was placed on the roof for awhile before being sold to someone in their neighbourhood and then given to them.

The owner hopes given that the sculpture is distinctive, that someone will be able to help track it down.

Anyone with information on the dinosaur’s whereabouts is asked to contact Burnaby RCMP.