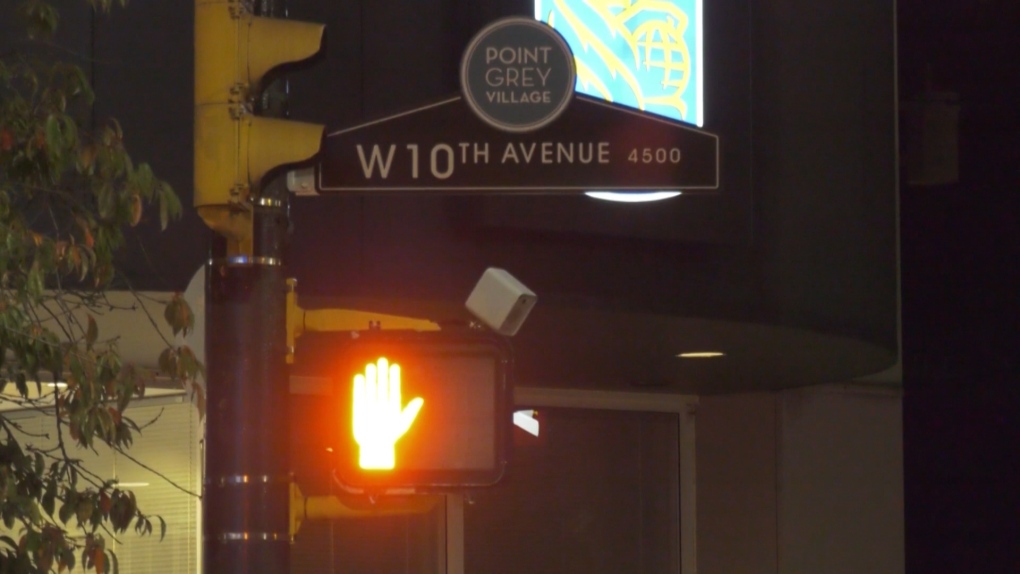 An elderly pedestrian died after being hit by a car in Vancouver on Sept. 28, 2020.

VANCOUVER -- A 74-year-old woman died in Vancouver Monday after being hit by a vehicle in the West Point Grey neighbourhood.

Vancouver police say the collision happened just before 5 p.m., when the woman was in the intersection at West 10th Avenue and Sasamat Street.

The driver was turning when the woman was struck.

The woman was taken to hospital, but was pronounced dead there. Police say this marks the city's sixth pedestrian fatality of the year.

The driver is co-operating with police in the ongoing investigation. Anyone with information or dash cam video is asked to contact officers at 604-717-3012.