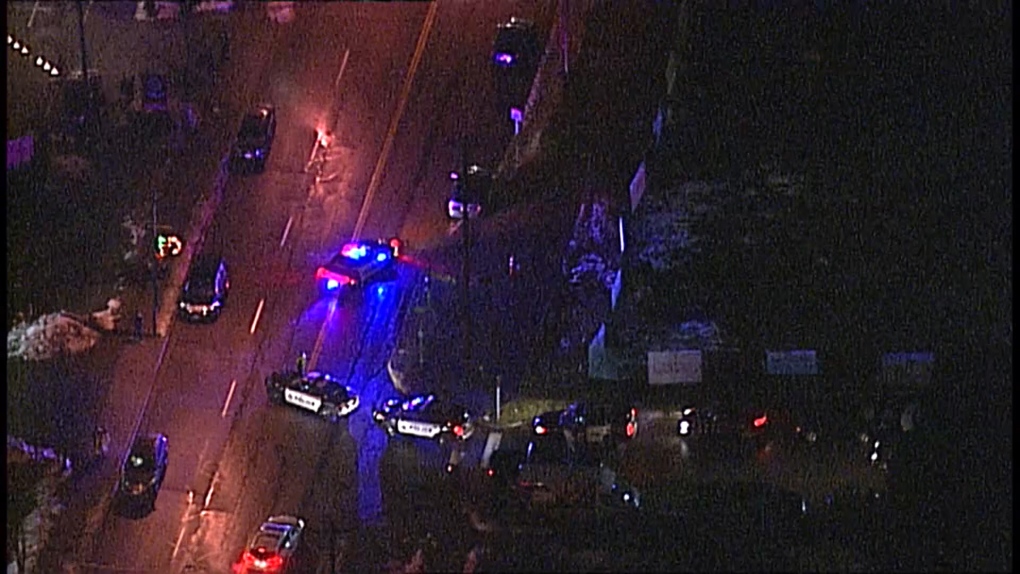 A police presence is seen near Clarke and Elgin streets in Port Moody on Jan. 20, 2020. A seven-year-old boy was treated for facial injuries after being hit by a vehicle in the area.

VANCOUVER -- A seven-year-old boy is recovering from injuries he received when he was hit by a car in Port Moody on Monday night.

Police said the boy got out of his parents' vehicle and was trying to cross Clarke Street near Elgin Street mid-block when he was struck by another vehicle heading westbound. He was knocked to the ground and sustained injuries to his face, according to police.

He received medical treatment, and his injuries were later deemed to be non-life threatening. The driver remained on scene and is cooperating with investigators.

"Speed and alcohol were not factors in the collision," Port Moody police said in a statement. "However, poor visibility and weather conditions did contribute."

Police said they closed the road for several hours to investigate due to the "potential of serious injuries."