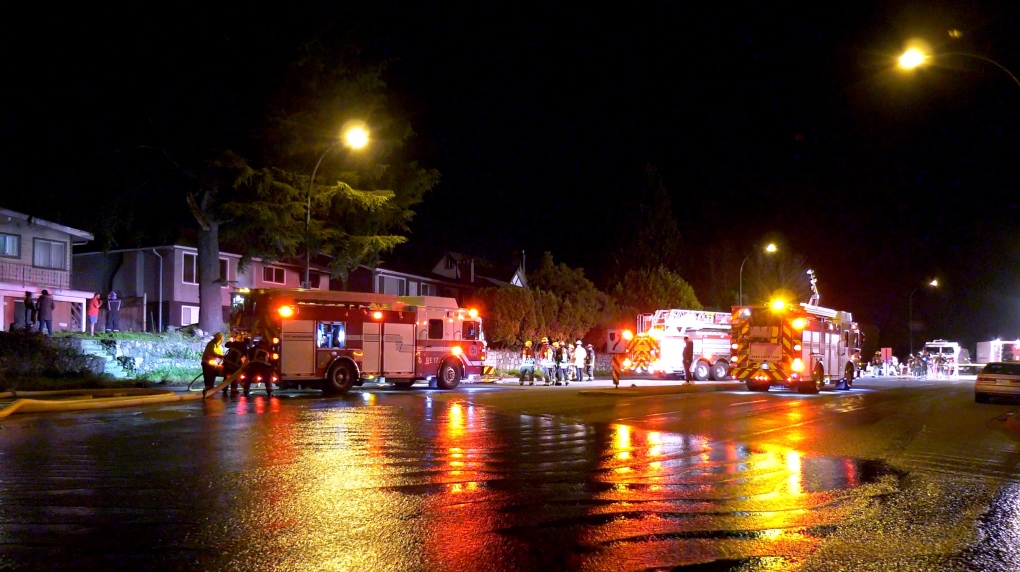 Crews were on scene at an overnight house fire in Vancouver.

VANCOUVER -- Six residents were forced out of their home early Thursday morning after a fire tore through a home on SE Marine Drive near Argyle Street.

The fire was first reported around midnight, and all occupants were able to get out of the burning house.

"It was heavily involved when they first showed up," Gobilott said. "Crews were able get inside, and access wasn’t an issue, they were able to get to the seat of the fire and knock it down pretty quickly."

Six people have been displaced, and Gobillot says the fire was knocked down within 15 to 20 minutes.

There were no reported injuries, and the fire investigator was on scene looking into a cause of the fire.