6-foot blood python 'Nexxus' is back at home with B.C. owner 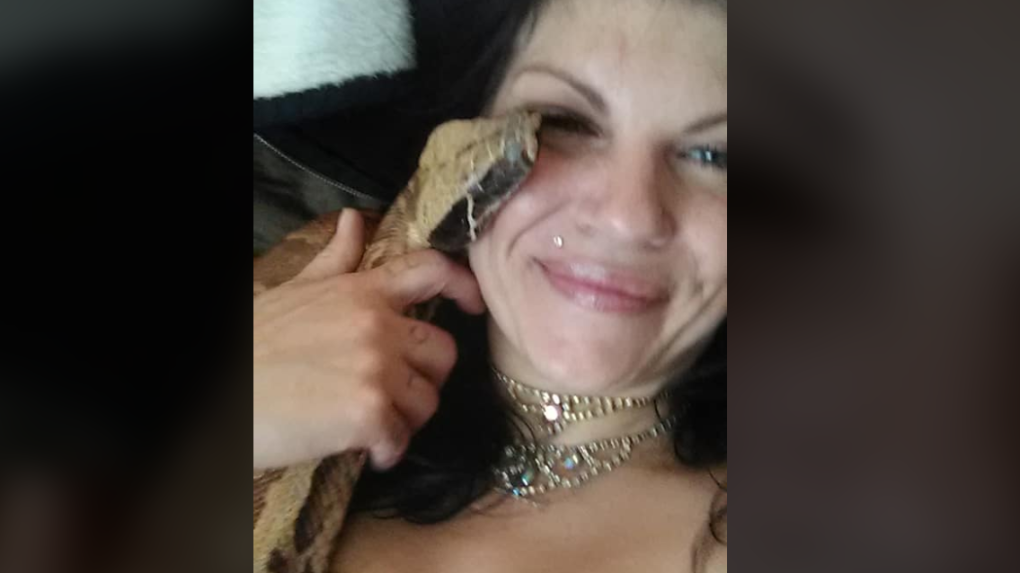 Chelsie Mcmunn was reunited with her six-foot blood python, Nexxus, after he went missing Aug. 5, 2020. (Facebook)

VANCOUVER -- Chelsie Mcmunn is elated her cherished pet is back home.

As a domesticated, indoor animal, Nexxus isn't suited to roam the wild, the Chilliwack. B,C. woman wrote on her Facebook page. So she was delighted when the six-foot blood python slithered its way back to her care.

"Scary adventure in the mean wilderness," she wrote.

Mcmunn first reported her snake missing Aug. 5, and the next day posted to the Facebook page "Lost and Found Chilliwack."

She shared images of Nexxus alongside her tabby cat, Tundra, indicating the two were bonded.

"My cat's best friend, he is," she wrote a day after reporting the snake had gotten out of the house through a window.

She described the python as "a gentle guy" and more loving than "a lil kitten," vowing he would not cause harm to humans or other animals and adding how devastated she was by his absence.

Then, after nearly four days in the wilderness, Nexxus came home to Mcmunn.

"Went for a smoke and, low and behold, he was on the back cement,” she celebrated on Facebook yesterday.

She said she cried "happy tears" when she saw her pet python and said Nexxus was "just chillin like the lil villain he is."