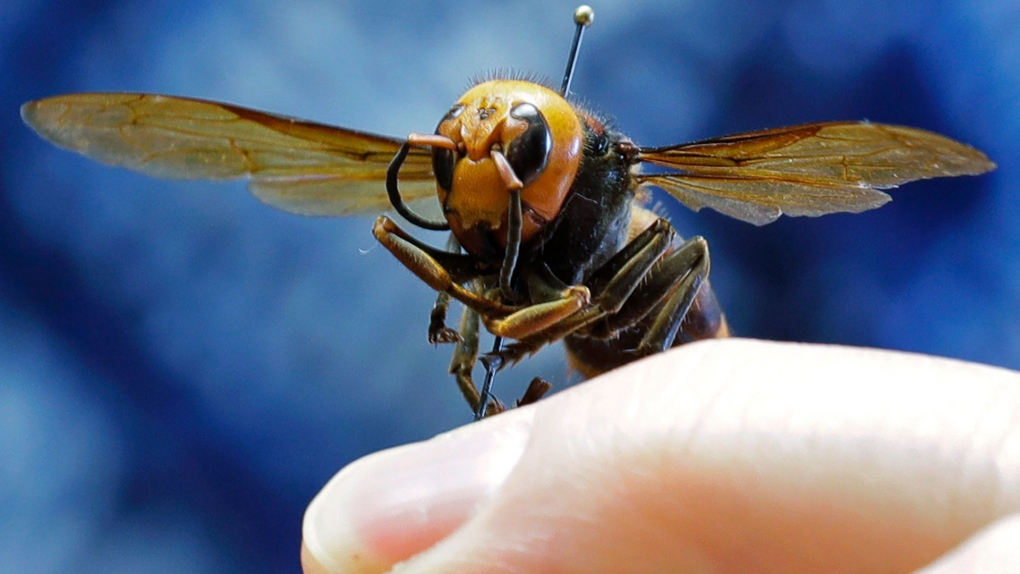 An Asian giant hornet from Japan is held on a pin by Sven Spichiger, an entomologist with the Washington state Dept. of Agriculture, Monday, May 4, 2020, in Olympia, Wash. (AP / Ted S. Warren)
BLAINE, Wash. -

Another nest built by Asian giant hornets north of Seattle close to the Canada border has been destroyed, according to state officials.

The Washington State Department of Agriculture said Thursday on social media that the latest nest eradication of the also known as murder hornets east of Blaine, Washington is the fourth overall and third this year, The Bellingham Herald reported.

Officials said the queen they discovered was a slightly different color and that all the hornets were workers, which means no new nests would be created from it.

Late last week, the department posted that it had a “concerning” report about another possible Asian giant hornet sighting about 20 miles (32 kilometers) east of where the other nests had been discovered.

A dead Asian giant hornet was also discovered closer to Seattle near Marysville in mid-June. Entomologists from the state and U.S. Agriculture departments said it appeared to be unrelated to the findings of the hornets in Canada and near Blaine, Washington.