400-plus vehicles written off since acid spill on B.C. highway last year: ICBC 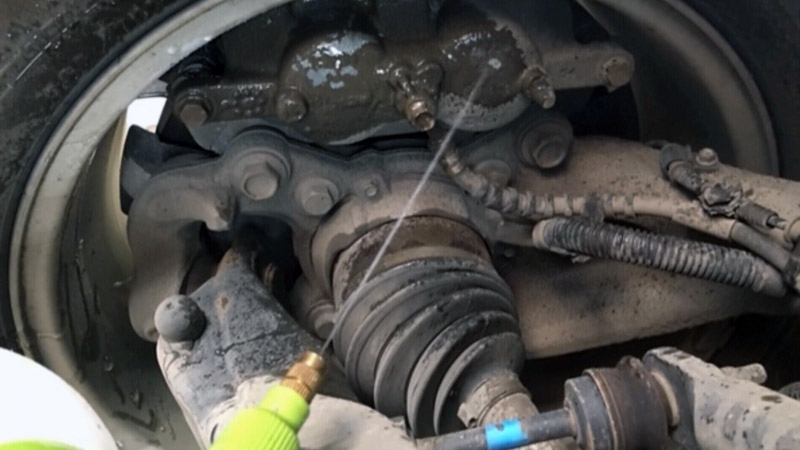 Thousands of insurance claims have been filed after a highly corrosive acid spilled on Highway 3 in southwestern B.C.

The Insurance Corp. of B.C. says there have been more than 4,450 claims received in the wake of the spills but the vast majority of those vehicles were not damaged.

It says it is still in the early stages of a lawsuit but no trial date has been set.

The spills happened on April 10 and May 23, 2018, when tanker trucks owned and operated by Westcan spilled sulphuric acid from Teck's plant in Trail along a stretch of highway near the city.

The insurer alleges that it has incurred “extraordinary expenses” in investigating and addressing the “enormous volume of claims resulting form the spills, and says the defendents failed to warn the public to avoid the highway.

It also claims the acid was not properly secured and the facility and tankers weren't properly inspected.

When the spills happened, ICBC alleges there was no prompt response, posted warnings or restriction on public access, and the defendents failed to reduce the risk of future spills.

ICBC is seeking costs and damages.

But Teck alleges that ICBC was not obligated to compensate the owners of damaged vehicles under comprehensive or collision insurance and any such payments were voluntary, while Westcan says RCMP should have diverted traffic.

The city says it has no responsibility for road maintenance, including responding to hazardous spills.

The regional district says that while it has an emergency response agreement with Teck, it doesn't consider hazardous spills an emergency.