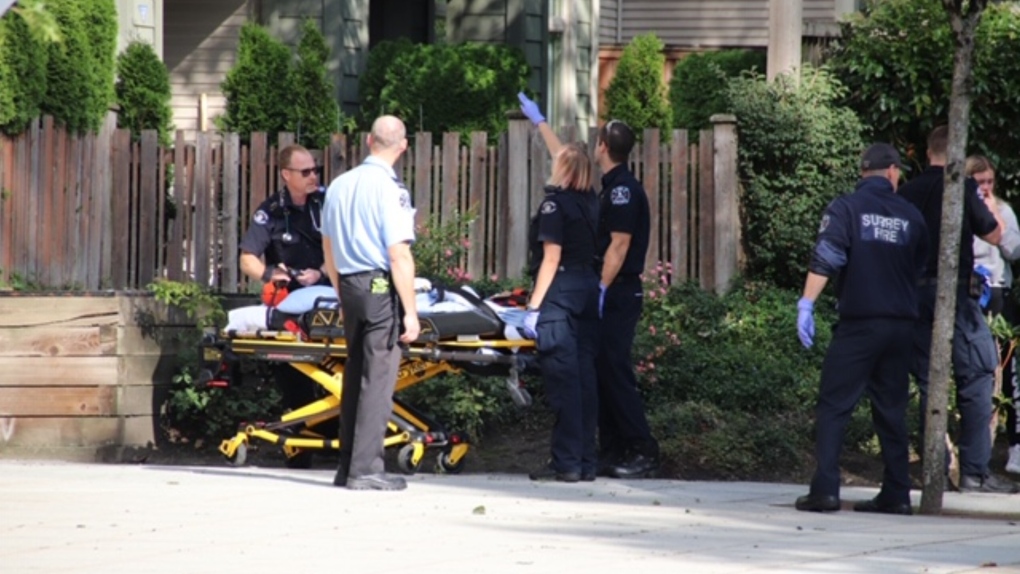 Video from the scene showed paramedics carrying a small patient onto a gurney. (CTV)

Emergency crews converged on an apartment building in Surrey Saturday afternoon after a child fell out a window.

The incident took place around 3:15 p.m. in the city's Guildford neighbourhood. Police, fire and ambulance crews all responded to the scene.

BC Emergency Health Services confirmed two ambulances were dispatched to the scene. They transported one patient to hospital. EHS could not confirm the cause of the injuries or the condition of the patient.

In a release, Surrey RCMP said the victim was a four-year-old child, who had been climbing on furniture inside the home and slipped. The child fell against a screen in the window, which gave way.

Police said the child's injuries were non-life-threatening, with the most serious one being a fracture.

Video from the scene showed paramedics carrying a small patient onto a gurney. The patient appeared to be conscious, moving their hands as crews worked to secure them.

A window on the building's third floor appeared to have had its screen dislodged.

The incident serves as a reminder to parents of the importance of ensuring windows and screens are secure, Surrey RCMP said.