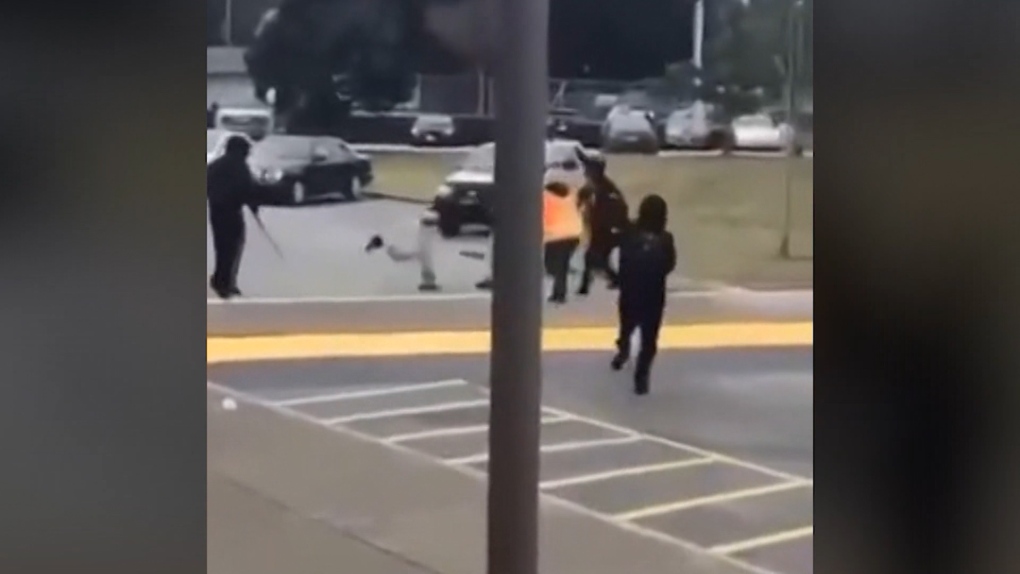 Video posted to social media appeared to show a fight between teens at a Surrey high school on March 1, 2021.

VANCOUVER -- A third student was arrested in connection to an assault with a weapon at a Surrey high school, local police say.

Mounties say the incident happened on Monday at Panorama Ridge Secondary, shortly after 11:30 a.m. The victim reported being attacked with a weapon and was taken to hospital in stable condition.

Hours after the attack, police said they had identified three suspects and arrested two of them. The third later turned themselves in to police.

According to the RCMP, all three are still in custody and will appear in court Tuesday.

Video posted to social media on the day of the incident shows students running outside and, as the video zooms in, shows a group of teens fighting. From another angle, it appears a student in a hoodie is holding some type of weapon and attacking others.

Once officers arrived at the school, they temporarily put the school under a hold and secure.

"All of the suspects are youth, and are not previously known to police. The initial indications are that the assault is related to an on-going dispute among parties known to one another," Mounties said in a news release.

"This incident is not related to gang activity and there is no indication of an on-going risk to safety at the school."

Anyone with information about the incident is asked to call Surrey RCMP at 604-599-0502.