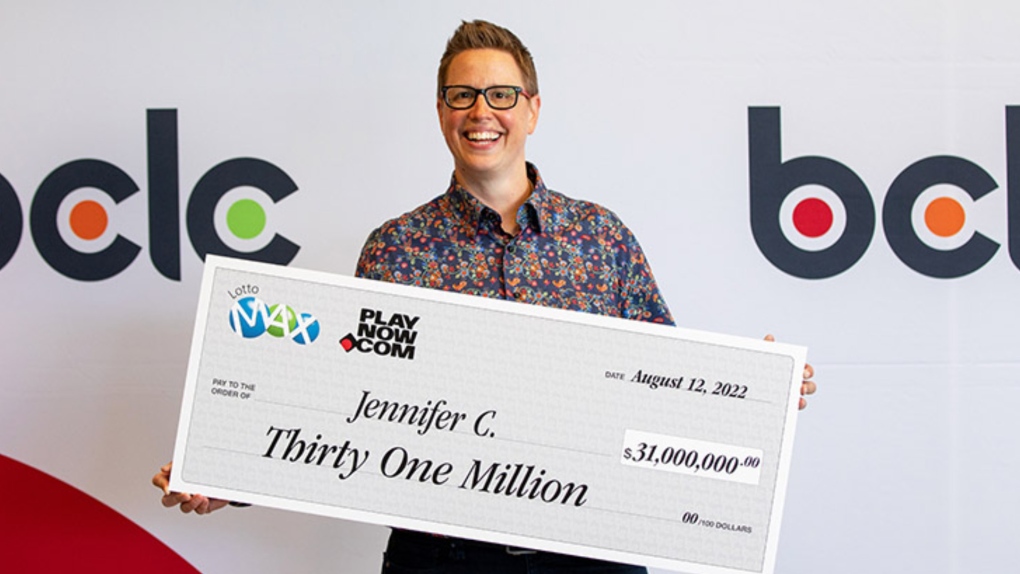 Recent Lotto Max winner Jennifer Cole is pictured in a photo from BCLC.

A British Columbia woman who found herself suddenly $31 million richer says she plans to retire, but she's not sure what's next.

Jennifer Cole was revealed Monday as the winner of the July 8 Lotto Max Draw.

The resident of West Kelowna said she checked her latest ticket after hearing the jackpot winner bought theirs on PlayNow.com, where she has a subscription.

The prize is the largest ever awarded to a winner who bought their ticket through the site, the B.C. Lottery Corporation said in a news release.

"When I saw the number in my account, it was a lot more than expected," she said in the BCLC news release.

She said she told her family first about the prize, but held off on the amount.

"Once they woke up, I told them I won the jackpot. They were very excited," she said.

As for what Cole plans to do now, she said she looks forward to retiring, and plans to spend that newfound time with family.

Beyond that, she's still shaping her plans, having only just claimed her prize on Friday.

"I plan on taking some time to decide what's next but am definitely looking forward to travelling," she told BCLC.