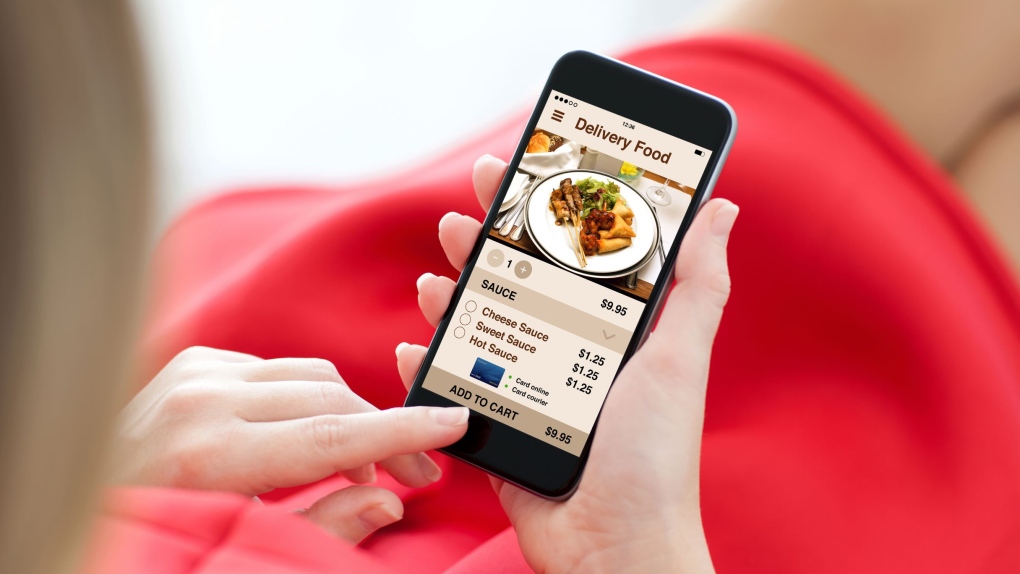 About one-third of B.C. residents use food delivery apps to order takeout, results from a Research Co. poll suggest. (Shutterstock)

VANCOUVER -- Food habits are changing, with more B.C. residents relying on food delivery than they did a few years ago, results from a new poll suggest.

According to a survey conducted by Research Co., about a fifth of B.C. residents order take out from a restaurant once a week or more, whether it's delivered to their home or picked up from a restaurant.

The survey's results, which were released Friday, also found that about one-third of British Columbians rely on food delivery apps like DoorDash, Skip The Dishes, Uber Eats and Foodora to place those orders.

While 45 per cent of B.C. residents polled said they didn't think their food-ordering habits have changed in the past five years, 30 per cent say they order food delivery to their homes more often now, while 22 per cent said they order takeout less often.

"Age is the key differentiator when it comes to the reliance of British Columbians on food delivery," said Mario Canseco, president of Research Co. in a news release.

But even though ordering takeout has become a more popular option for some according to the poll, 28 per cent of B.C. residents still say they dine out at a restaurant about once a week or more.

Results were gathered through an online study conducted between Feb. 11 and Feb. 14 among 800 adults in B.C. The margin of error—which measures sample variability—is plus or minus 3.5 percentage points, 19 times out of 20.