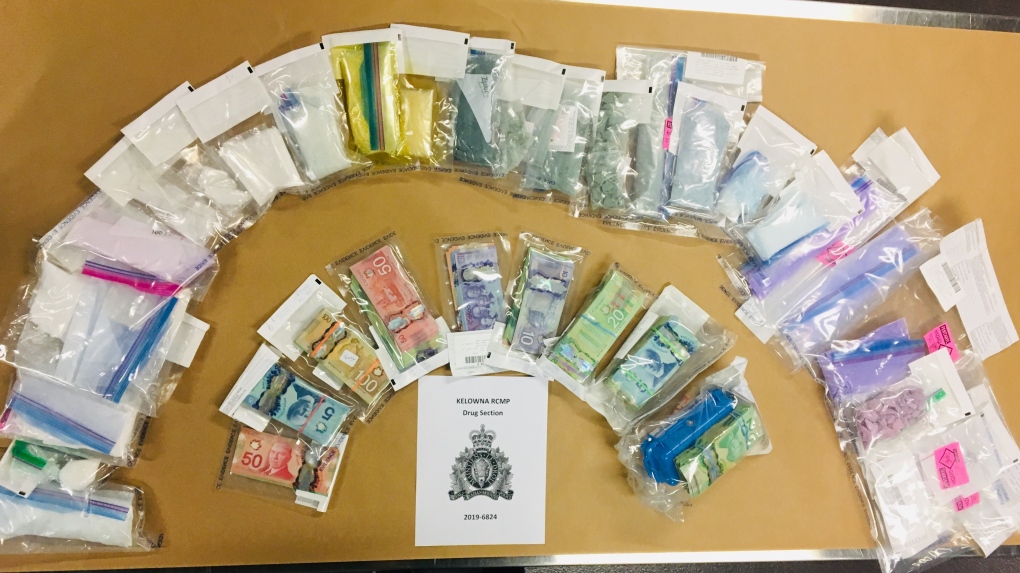 Police seized more than 1.5 kilograms of fentanyl, cocaine and methamphetamine during the searches, as well as more than $30,000 in cash, according to a release. (Kelowna RCMP)

VANCOUVER - Mounties in Kelowna say three people have been charged with drug trafficking offences in an investigation that began eight months ago.

The Kelowna RCMP Drug Section began its investigation in February and executed three search warrants in March, one at an industrial facility and two at private residences.

Police seized more than 1.5 kilograms of fentanyl, cocaine and methamphetamine during the searches, as well as more than $30,000 in cash, according to a release.

Neil Elliott Collins, 42, Joseph Michael Trozzolo, 51, and Patricia Kathleen Gianakos, 39, have all been charged with three counts of possession for the purpose of trafficking.

Trozzolo has also been charged with one count of interfering or obstructing radio communications.

All three are from West Kelowna. They are scheduled to appear in court on Oct. 29.

A search of online court records yields results for all three names released by police, with someone by each name having faced at least drug possession charges -- if not more serious offences -- in the past.

RCMP noted in their release Thursday that those charged were known to be "involved in the sale and distribution of fentanyl, cocaine and methamphetamine throughout Kelowna and West Kelowna."