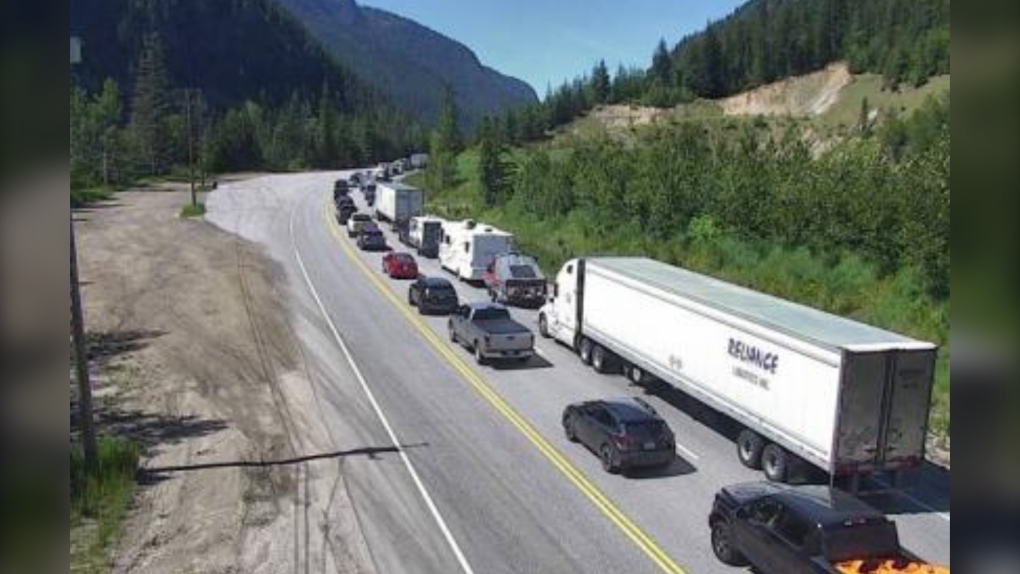 A DriveBC web cam shows traffic backed up on Highway 1 west of Revelstoke Sunday as a result of the crash. (DriveBC)

One person was taken to hospital after a three-vehicle crash that snarled traffic on Highway 1 west of Revelstoke Sunday morning.

BC RCMP and BC Emergency Health Services each told CTV News the call came in around 10:30 a.m.

EHS said it dispatched three ambulances and a helicopter to the scene, but only one patient needed to be transported for treatment.

The ambulance service does not confirm fatalities, and an RCMP spokesperson said there was no information about injuries or deaths associated with the file as of 1 p.m., though officers were still reportedly on scene at that time.

DriveBC warned motorists on Twitter that the crash had blocked the highway's westbound lanes.

As of 1 p.m., the provincial agency said the roadway was clear, but "heavy volume and congestion" remained.

"Please drive carefully and watch for crews in the area," DriveBC said.