A trailer attached to a dump truck flipped and spilled its load into oncoming traffic on the Vancouver-Burnaby border Wednesday, and paramedics say three people have been taken to hospital.

BC Emergency Health Services confirmed four ambulances were sent to the scene on Grandview Highway near Boundary Road at 5:35 p.m., during the height of the evening rush hour commute. Few details were available, but a spokesperson told CTV News that three patients were transported. No information was available about their conditions.

DriveBC, in a tweet, warned people to expect delays due to the incident, which blocked the westbound left lane of Grandview Highway and the middle and left lanes eastbound.

Images from the scene show a fairly heavy presence of first responders and a trailer on its side. Large piles of dirt can be seen to have spilled out onto at least two vehicles. One is almost completely covered, with its driver-side airbag deployed and rear-door dented. The other's front hood is popped, with a door that appears to be almost completely dislodged. 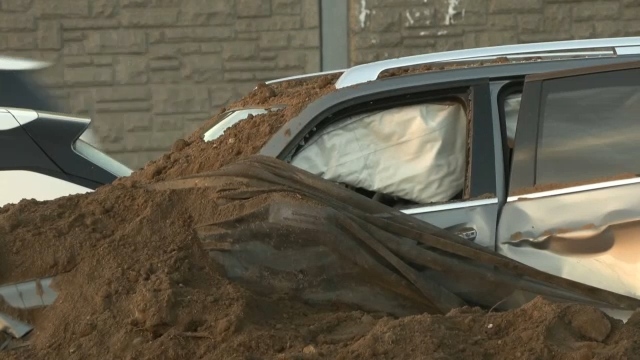 A trailer being pulled by a dumptruck flipped and lost its load on Grandview Highway near Boundary Road on Oct. 5, 2022. 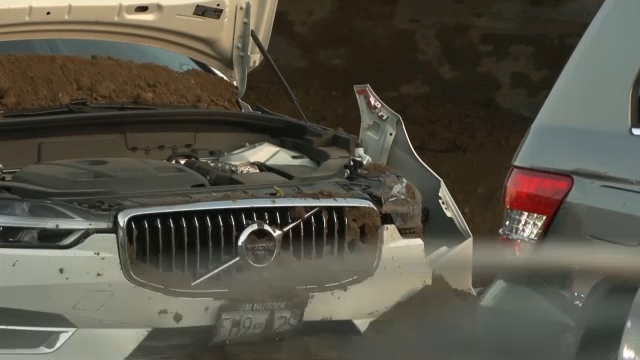 A trailer being pulled by a dumptruck flipped and lost its load on Grandview Highway near Boundary Road on Oct. 5, 2022.

Canada's single-use plastics ban starts this month with their manufacture and import: These are the products on the list