Police are investigating three shootings reported in Vancouver's Downtown Eastside in a span of just 15 hours.

Four people are in hospital following the incidents, which began Sunday afternoon.

Officers were first called to the area of Hastings and Dunlevy streets at about 4 p.m. A 50-year-old Surrey man was hospitalized with serious injuries.

Just two hours later, there was another shooting near East Pender and Abbott streets. This time, two men were injured: a 28-year-old from Langley and a 25-year-old from Surrey.

Both were transported to hospital with injuries that are not believed to be life threatening.

Then, at about 6:30 a.m. Monday, a 50-year-old from Vancouver was seriously injured in a shooting near Hastings and Abbott.

Vancouver police said in a statement about six hours after the last shooting that all three are believed to be targeted and may be linked to gang activity.

No arrests have been made, and no suspect information has been made public.

"These three shootings, in such a short time frame, highlight the escalating violence in the Downtown Eastside," Deputy Chief Const. Howard Chow said in the statement.

"Criminals are looking to take advantage of the current situation and are putting vulnerable people at risk." 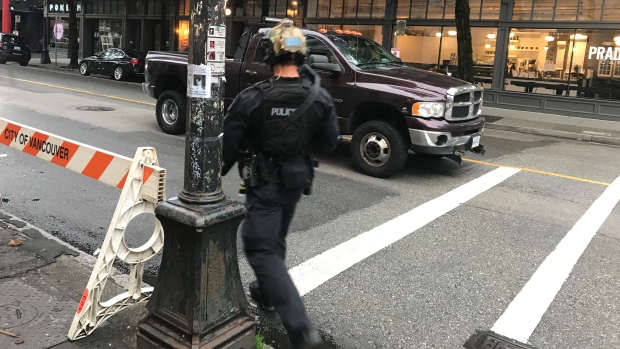 Last week, the Vancouver Police Department released statistics about violent crime and firearms seizures in the city, using the update as an opportunity to renew concerns about the area around Oppenheimer Park.

Officers said they'd seized 453 firearms across the city so far this year, and about half of those were found in the area including the Downtown Eastside.

Chow said there has been a "significant spike in crime and street disorder" stemming from the park that is also being used as a homeless camp.

The VPD said emergency calls to the area are up, as are assaults against police officers. 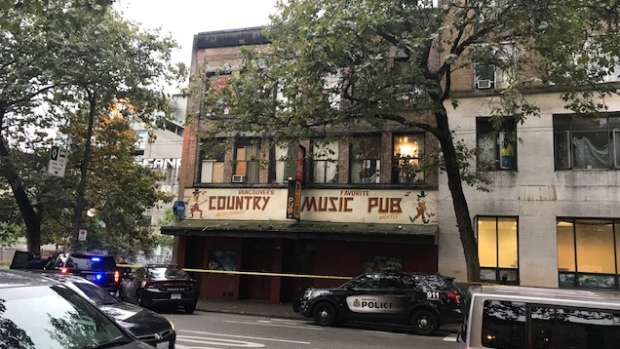