3 separate attacks on women under investigation in Surrey: RCMP 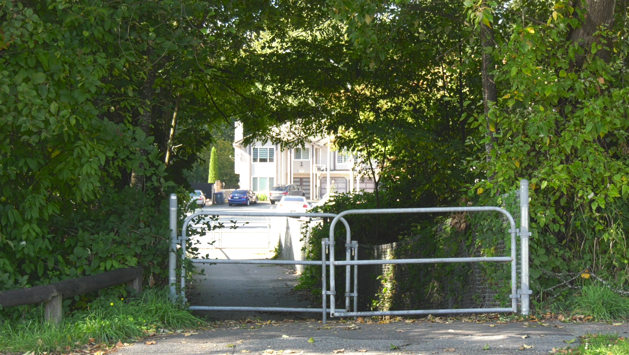 Surrey Mounties say there was an alleged abduction attempt in a green space between Edinburgh Drive and 132 Street.
Vancouver -

Mounties in Surrey say they're concerned about a string of attacks on women in the city in recent weeks.

In a news release Thursday, police said three women were accosted in a two-week period.

CTV News Vancouver previously reported on two of the three incidents. Most recently, one happened on Oct. 10, in a small green space connecting Edinburgh Drive and 132 Street.

In that incident, Mounties said a woman was allegedly "grabbed from behind by an unknown male who attempted to drag her away."

"The woman screamed out for help and local residents came to her aid chasing after the suspect as he ran away," Mounties said in a statement on Oct. 11.

"Police attended and spoke to some of the witnesses who helped the female. The woman was physically uninjured but was emotionally upset and disturbed by the incident."

But two other incidents were reported two weeks earlier, on Sept. 27. In those incidents, women were also grabbed from behind by an unknown man. One woman reported she was grabbed at about 5 p.m. in Bear Creek Park, while another reported being attacked near Millar and River roads, at about 7:20 p.m. the same day.

"Thankfully, all three women were able to escape without physical injuries; however, incidents like these can have lasting emotional impacts," Mounties said in their update Thursday.

Police said they have no evidence linking the three incidents, but said it was concerning that they happened in a short similar time and were similar in nature.

"We want the public to be aware of these incidents, to maintain a healthy vigilance and report all suspicious activity," said Cpl. Vanessa Munn in a news release.

"We recognize these incidents can lead to a sense of unease within the community. We want to assure residents that in addition to our on-going investigations we have stepped up patrols in the areas of these incidents."

Safety tips can be found online, but police recommend walking with another person when possible and being aware of surroundings.

Mounties ask anyone with information to call them at 604-599-0502. Tips can also be left anonymously with Crime Stoppers.