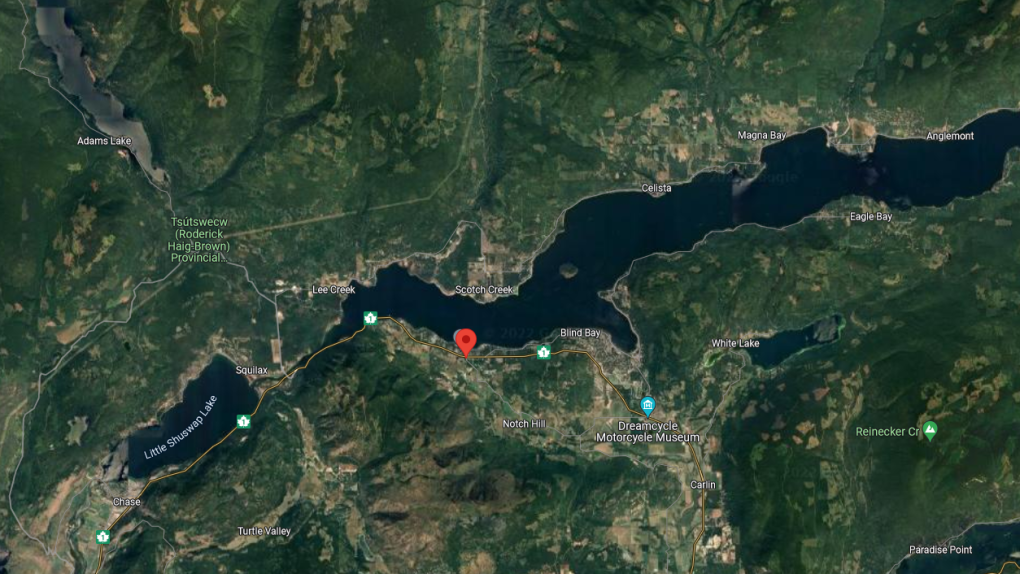 Sorrento, B.C., is seen in an image from Google Maps.

Three people have died as a result of a head-on crash on the Trans-Canada Highway, the RCMP says.

The crash happened at around 1 p.m. Tuesday on a stretch of Highway 1 that runs along Shuswap Lake.

Police said the crash was close to the community of Sorrento.

It's unclear what caused the crash, but witnesses told police they saw a black sedan cross into the oncoming lane in the path of a westbound SUV.

The vehicles collided head-on, and the occupants of both vehicles died at the scene.

They've been identified as a 51-year-old man from Sorrento and a 67-year-old woman and 60-year-old man, both from nearby Blind Bay.

The highway was closed for hours as crews reconstructed the crash as part of the investigation.

The B.C. Coroners Service is also looking into what happened.