3 injured, 1 airlifted after single-vehicle crash on Sea to Sky Highway

3 injured, 1 airlifted after single-vehicle crash on Sea to Sky Highway 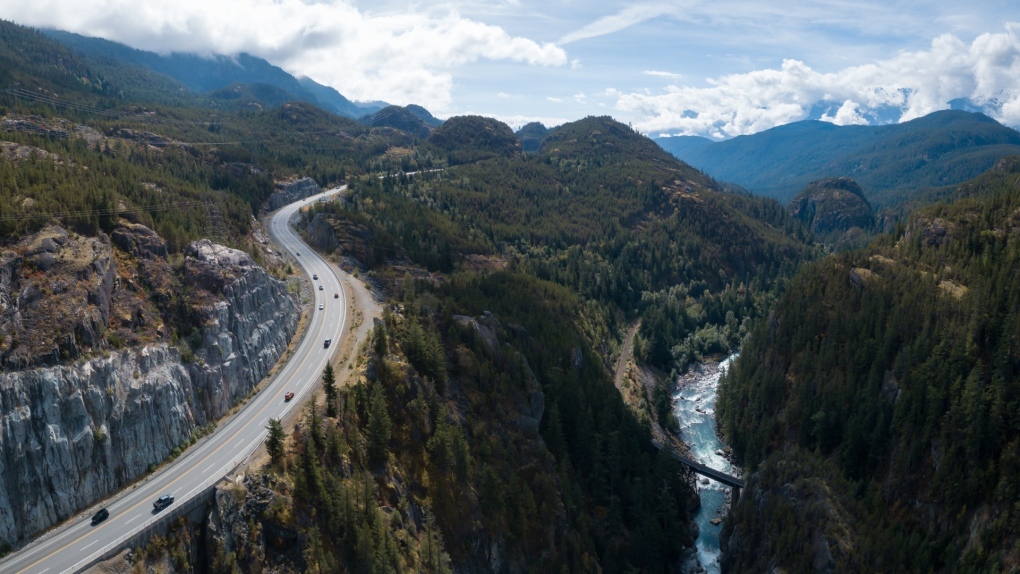 The Sea to Sky Highway between Squamish and Whistler is shown in this undated photo. (Shutterstock.com)

Three people were taken to hospital, including one in critical condition, after a single-vehicle crash on the Sea to Sky Highway Thursday afternoon, according to paramedics.

BC Emergency Health Services told CTV News in an email that it was called to the incident north of Squamish around 3:35 p.m.

Three ground ambulances and an air ambulance responded, and paramedics provided care to three patients. One of the injured people was airlifted to hospital in critical condition. The other two were transported by ground ambulance and were in stable condition, BCEHS said.

The incident briefly closed Highway 99 in both directions, according to DriveBC, which said one southbound lane remained closed as of 5 p.m. Northbound lanes had been reopened by that time.

DriveBC places the location of the crash near Conroy Forest Service Road, about four kilometres north of Squamish.

The local RCMP detachment said on Twitter that it was also responding to the scene. CTV News has reached out to Squamish RCMP for more information, and this story will be updated if a response is received.