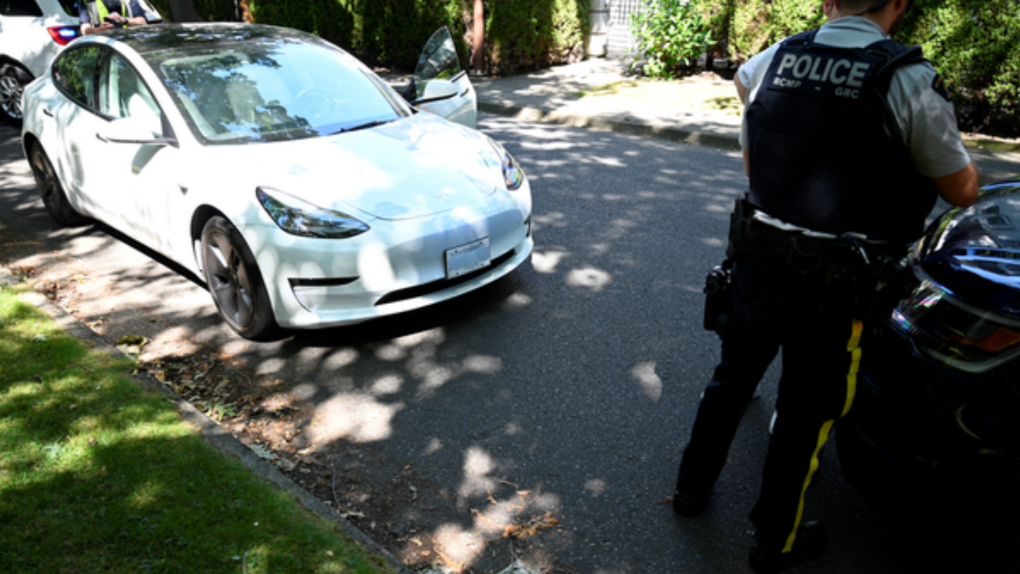 In an operation conducted in partnership with passenger transportation enforcement officers from the Ministry of Transportation, the Richmond RCMP Road Safety Unit issued nearly $1,800 in fines to each of the three drivers it stopped on July 27.

The sum comes from the following charges:

None of the three drivers stopped last month had been identified as unlicensed ride-hail operators in Richmond before, but one of them was identified as such during "a similar project in Burnaby earlier this year," police said in a news release.

In addition to the fines, that driver had his licence plates seized and his vehicle towed. He was also issued a notice and order for an immediate vehicle inspection because of visible damage to his vehicle.

"Richmond RCMP is committed to promoting safety on our streets and roadways," said spokesperson Cpl. Ian Henderson in the release.

"By continuing to coordinate with our counterparts at the Ministry of Transportation and Infrastructure, the Richmond RCMP Road Safety Unit continues to identify and disrupt passenger vehicle operators whose entrepreneurial endeavors are unlicensed, unsafe and unwelcome in our community."

This is far from the first time police have cracked down on illegal ride-hailing operations in Richmond.

In June, they invited television cameras to accompany them on a sting outside the Canada Line's Templeton Station.

At the time, Perry Dennis, deputy registrar and director of operations for the Passenger Transportation Board, said unlicensed ride-hailing companies operate throughout Metro Vancouver, but Richmond and the City of Vancouver, in particular, have been hotbeds of the illegal activity.

Such companies – Dennis named Raccoongo and Udi, specifically – are not licensed to operate in Metro Vancouver, and their drivers typically do not have the Class 4 driver's licences required by law. That means they haven't gone through the training that drivers for Uber, Lyft and other legal ride-hailing and taxi companies have, Dennis said.

Enforcement efforts typically target the drivers, not the passengers or the companies that developed the unlicensed ride-hailing apps.

In June, Dennis said the PTB had communicated with the City of Richmond about the possibility of targeting passengers as well, but there were no immediate plans to do so.

Likewise, Dennis was asked about going after the developers, which he said the PTB's legal division is working to do, noting that the law allows for fines of $100,000 per day for such companies. The companies in question are not based in Richmond, he said.

Health Canada says Canadians ages 12 and up can now be given the Pfizer-BioNTech COVID-19 booster vaccine that targets the BA.4 and BA.5 strains of the Omicron variant.

The number of people hospitalized with COVID-19 has reached a two-month high in Ontario, as most public health indicators now point to a fall resurgence of the virus.

'There'll be no turkey': Sombre Thanksgiving for Atlantic Canadians hit hard by Fiona

The Thanksgiving holiday weekend has been dampened for thousands in Prince Edward Island and Nova Scotia who are still without power -- almost two weeks since Fiona hit on Sept. 24.