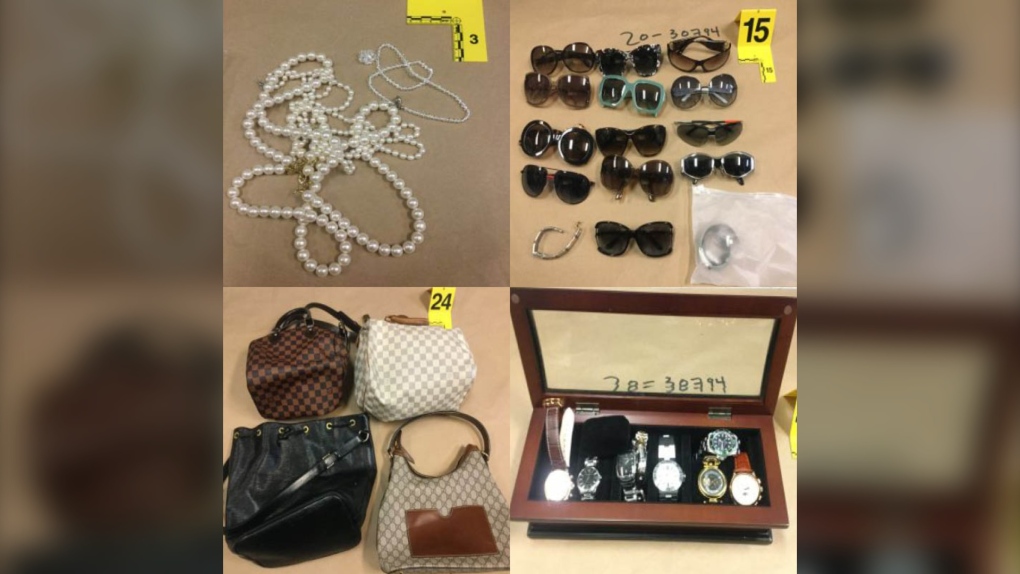 The recovered items include jewelry, electronics, expensive handbags and purses and many other items, police said. (Coquitlam RCMP)

VANCOUVER -- Mounties in Coquitlam are asking anyone in Metro Vancouver who has been the victim of a break-in since 2018 to check a website police set up after a recent bust of an alleged break-and-enter ring.

Coquitlam RCMP announced in a news release this week that they had recovered "hundreds of thousands of dollars in personal property" while executing a search warrant in Port Coquitlam in November.

The recovered items include jewelry, electronics, expensive handbags and purses and many other items, police said. More than 100 items in total are photographed and listed on the Coquitlam RCMP website.

The warrant was executed as part of an investigation by the detachment's "prolific target team" that led to the arrests of three people, a 57-year-old woman, a 30-year-old woman and a 20-year-old man.

Police said they believe their investigation uncovered "an organized break-and-enter group" that was targeting the homes of local business owners - mainly restaurant owners - while they were away at work.

"We believe the crime group would attempt to identify the owner and where the owner lived in order to break into their house," Sgt. Keith Schendel of Coquitlam RCMP said in the release.

Police are asking anyone who was the victim of a break-in between 2018 and 2020 to review photographs of the seized stolen property on the Coquitlam RCMP website and claim anything that belongs to them.

Claimants will be asked to provide specific details about their missing property that only the rightful owner would know, police said, adding that investigators would review each claim "cautiously" to ensure each item ends up in the right hands.