$3.5 million of suspected cocaine destined for Canada seized at border 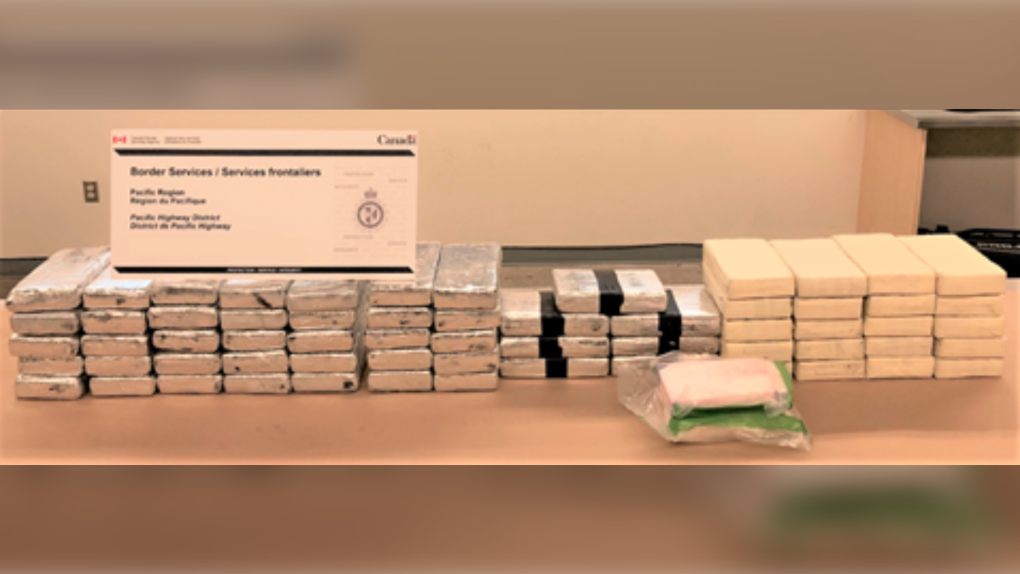 The bricks had a combined weight of 71.5 kilograms and an estimated value of more than $3.5 million dollars on the street, CBSA says.

An exact border crossing was not named on the release. It just stated the seizure was in the Pacific Highway District which includes Boundary Bay, Douglas, Pacific Highway, Aldergrove and Abbotsford-Huntingdon crossings.

“The discovery of 64 bricks of suspected cocaine is the direct result of diligent work by our border services officers. They kept Canadians safe by preventing these drugs from entering our communities.” added Yvette Lebrun, director of the CBSA's Pacific Highway District, Canada Border Services Agency.

The CBSA says it worked with the RCMP Federal Serious and Organized Crime unit on the cross-border smuggling attempt investigation. The truck driver and the drugs are now in the custody of the RCMP, the agency says.