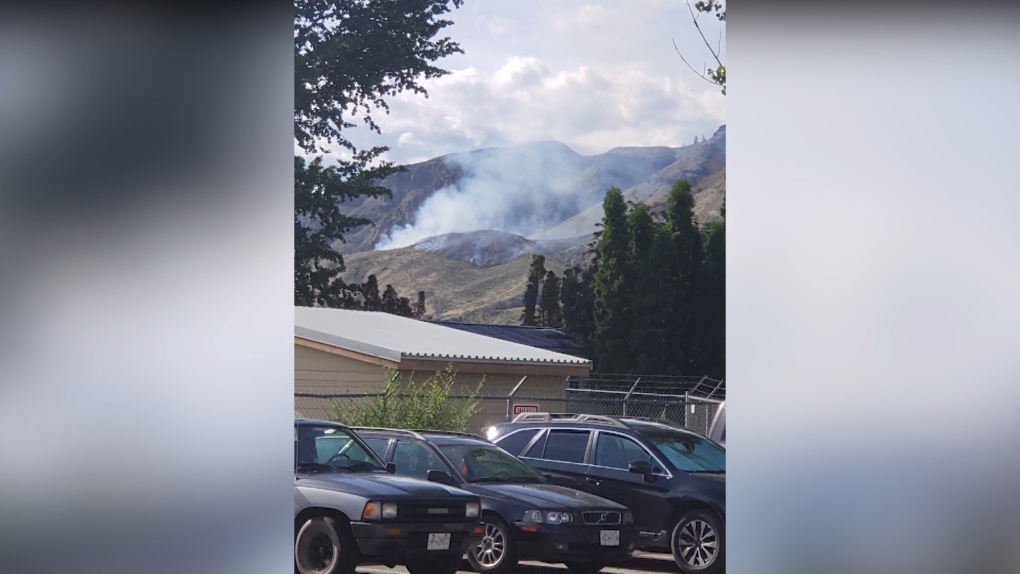 A small wildfire is seen near a Kamloops composting facility. (BC Wildfire Service/Twitter)

VANCOUVER -- A small wildfire burning near Kamloops is being held, the province's wildfire service says.

The blaze was discovered Tuesday north of the city's Cinnamon Ridge Compost Facility. According to the BC Wildfire Service, 24 crew members responded in conjunction with the local fire department.

The wildfire service says the cause is still under investigation but no structures are threatened. As of Wednesday morning, it's the only active wildfire that's larger than 90 square metres in the province.

The 2020 wildfire season hasn't seen many ignitions yet and the fire danger rating remains either low or very low in most of the province.

Last month, the wildfire service said in a seasonal outlook that, with continued periodic rainfall, limited fire starts could be expected.

"However, the remainder of the wildfire season in B.C. will be highly dependent on local weather patterns, length of drying periods and wind events," the seasonal outlook said.