25 per cent of transplanted organs in B.C. donated by fentanyl OD victims 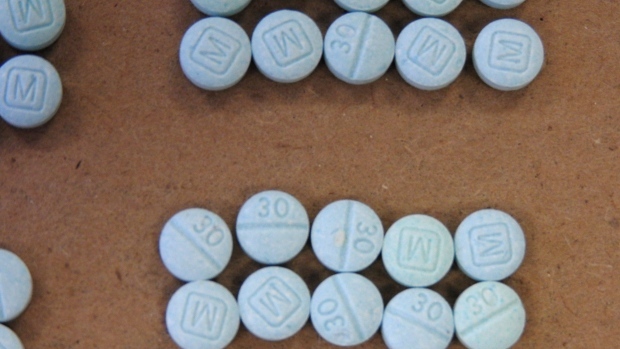 OTTAWA - Amid the growing death toll of Canada's ongoing opioid epidemic, there's evidence of a correlating increase in the number of healthy human organs available for transplant.

The agency that manages organ donations and transplants in British Columbia recently began tracking the data after physicians there began to see more organs coming from patients who died of drug overdoses.

B.C. Transplant says one-quarter of the organs transplanted in the first six weeks of this year were donated by a patient who died of a fentanyl overdose.

The agency also says out of the 51 people in B.C. who donated at least one organ after death between Jan. 1 and June 8, 25 had a positive toxicology test.

Not all died of an overdose, nor did they all use opioids, but the spokeswoman for B.C. Transplant says the agency is definitely seeing an increase in organs from opioid-related deaths and is continuing to track and analyze the data.

The agency doesn't have comparison data on fentanyl deaths and organ donors from previous years because it hadn't started tracking it yet.

B.C. has been ground zero of the opioid epidemic in Canada, with 575 deaths from fentanyl alone in 2016 - five times the number of 2015 deaths.

Across the country, Canada saw an estimated 2,500 opioid-related deaths in 2016.

There is reluctance in the medical community to talk about the transplant issue. BC Transplant issued a written statement but no spokesperson was going to be made available to comment.

“It's heartbreaking any time someone dies suddenly in a way that makes them a candidate to become an organ donor - it's remarkable that the legacy of some of these people is giving the gift of life to someone waiting for a transplant,” the statement said.

“I don't want to talk about how they necessarily fit together,” she said Tuesday. “I would say they are both extremely serious matters that we need to be paying attention to.”

Transplant specialists at the University Health Network in Toronto, the largest transplant program in the country, likewise were not able to comment. The Toronto hospitals have no data on how many transplant donors died from a drug overdose.

The number of organs available for transplant in the country has been on the rise in recent years, largely as a result of more education about the benefits of organ donation.

The most current national data on organ donors is from 2015, when there were 652 deceased donors, as compared to those who donate an organ while they are still alive. That was up from 598 in 2014.

Half of that increase came in B.C.

The United States is also seeing data which suggests a correlation between the opioid crisis and organ donors.

Dr. Randall Starling, head of heart failure and transplant medicine at the Cleveland Clinic, told a Toronto conference last week about a record number of heart transplants in the United States in 2016, up 13.8 per cent compared with 2015.

The United Network of Organ Sharing, which manages the U.S. organ donation network, said the total number of organ donations in the United States was up nine per cent in 2016 and up 20 per cent compared with 2012.

“Nobody knows why this happened, it's all speculation,” said Starling.

However, he said, the network has reported a higher percentage of organ donors dying of drug overdoses.

“Our perception - and it's not a proven fact - is there, in part, are more organ donors of otherwise young healthy people that are dying from opioid overdoses,” Starling said.

Policies in both the U.S. and Canada require patients to provide informed consent before receiving a donated organ from an injection drug user.

Starling said there remains a significant shortage of organs: in the U.S., only 1.2 per cent of patients with advanced heart failure who are awaiting a transplant actually receive a new heart.

The Canadian Institute for Health Information said more than 4,500 people were waiting for a donor organ in 2015, with 262 people dying on the waiting list that year.