Investigators from B.C.'s anti-gang police unit say seven men have been charged in an ongoing drug trafficking investigation, and two of them remain at large.

The Combined Forces Special Enforcement Unit of B.C. announced the charges and a major seizure at a news conference Wednesday.

The unit said arrest warrants have been issued for 28-year-old Roman Tassone and 34-year-old Lukas Tassone, both Vancouver residents.

Roman is charged with two counts of possession of a controlled substance for the purpose of trafficking. Lukas is facing one count of the same charge.

Police shared photos of the wanted men and asked anyone with information on their whereabouts to contact local police or Crime Stoppers.

According to the CFSEU-BC, the Public Prosecution Service of Canada has approved a total of 25 criminal charges against the seven men.

Other than Roman and Lukas Tessone, the other five people charged in the investigation have been arrested and released on conditions, police said.

Two of them – 41-year-old Maple Ridge resident Courtney Lafreniere and 51-year-old Vancouver resident Allan Arcangel – are charged with only those three offences.

The other three men face additional charges, as follows:

Tsawwassen resident Matthew Shaw, 31, is charged with possession for the purpose of trafficking.

The CFSEU-BC said in a statement that its investigation began in early 2020 and soon led to "an alleged large-scale drug-trafficking operation on behalf of a criminal organization that spanned the Lower Mainland and Okanagan."

Police said one of the men charged is a full-patch member of the Haney chapter of the Hells Angels, but they did not specify which suspect meets that description.

Investigators executed a dozen search warrants at locations in the Lower Mainland and the Okanagan between September 2020 and July 2021, the CFSEU-BC said. 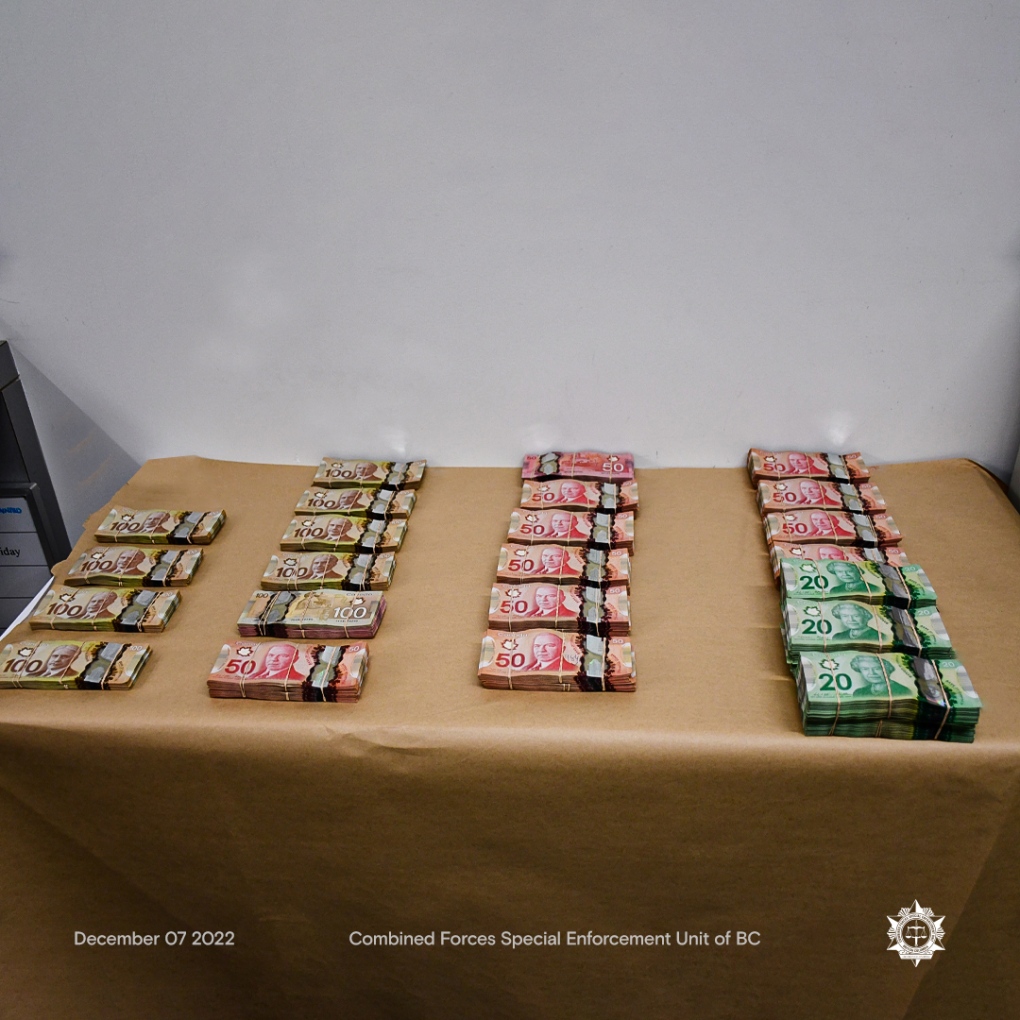 Police seized $650,000 in cash during their investigation. (CFSEU-BC)

During those searches, police seized $650,000 in cash, a nine-millimetre handgun, a .45-calibre handgun, three rifles, a shotgun, ammunition and prohibited gun magazines.

They also seized body armour, two vehicles, and a cocaine press, along with the following approximate amounts of drugs and additives, police said. 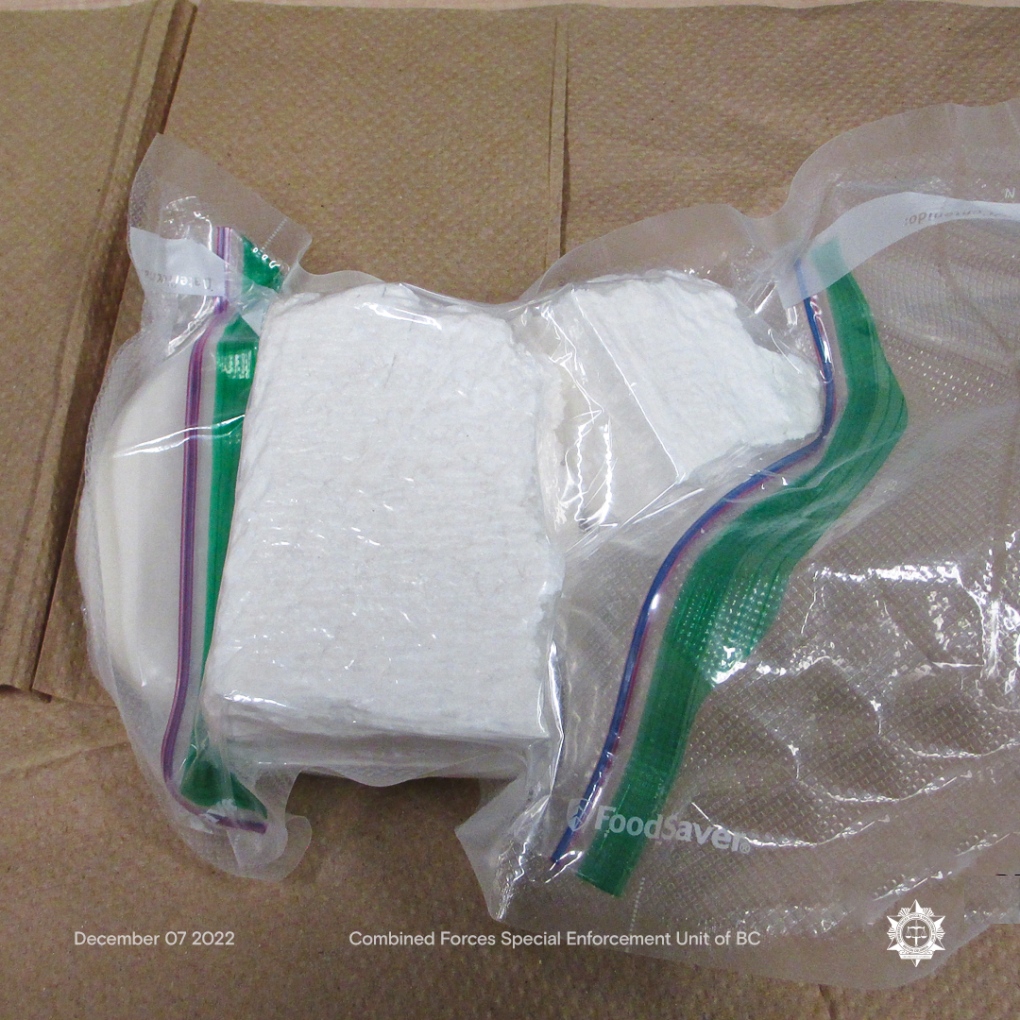 Some of the drugs seized by the CFSEU-BC are shown. (CFSEU-BC)

"This investigation resulted in the seizure of potentially deadly drugs, firearms, and disruption of a sophisticated drug trafficking operation securing a number of significant criminal charges,” said Asst. Comm. Manny Mann, chief officer for CFSEU-BC, in the statement.

"CFSEU-BC is committed to continuing our relentless pursuit of those who pose the greatest risk to public safety in our communities as we investigate some of the most complex and resource intensive offences in the province."

Wednesday's announcement was the second major drug bust the unit has made public in as many weeks.

"Criminal-organization-related charges are uncommon, yet this is the second investigation in two weeks that CFSEU-BC has been successful in having those charges laid," Mann said.

The world is 'dangerously unprepared' for future pandemics, the International Federation of the Red Cross and Red Crescent Societies (IFRC) say in a report published on Monday, calling on countries to update their preparedness plans by year-end.

COVID-19 global emergency isn't over: 5 things to know about the WHO decision

The World Health Organization decided Monday not to declare an end to the COVID-19 global public health emergency.