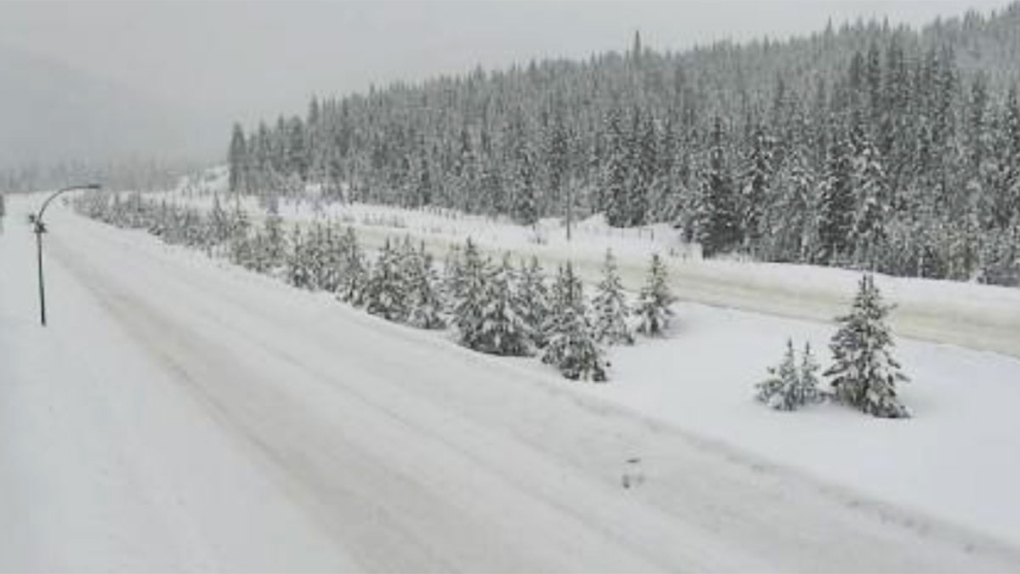 VANCOUVER -- A snowfall warning was renewed early Monday morning for an area that saw about 20 centimetres of snow in just 24 hours.

Environment Canada issued the alert for the Coquihalla Highway between Hope and Merritt, where another two to four centimetres of snow was forecast.

"An unstable airmass continues to produce heavy flurries over parts of the southern highway passes," the warning said.

"The flurries will ease this morning as a ridge of high pressure develops over the province."

Until the storm has passed, drivers are advised to be prepared to adjust to changing conditions. Visibility may be suddenly reduced, the weather agency warned.

The transportation ministry's DriveBC highway maps described the conditions as of 8:30 a.m. as "compact snow" and "slushy and slippery."

An alert advised drivers to watch for slippery sections between exits 202 and 256.

Last week, a local band involved in a recent crash on a B.C. highway suggested the province should consider mandatory snow tires.

The Colour Tongues had rented a van for a nine-day tour in B.C. and Alberta, and assumed it would have tires that would provide enough traction. They say there appears to be a discrepancy between what's legal and what's safe.

However, the province's minister of transportation said M+S tires are considered winter tires, and it's up to the consumer to determine what they need.

Got a great photo of the weather where you are in B.C.? Share it with us through our app, Weather Watch by CTV Vancouver, and we might use it online, on air and on Instagram.