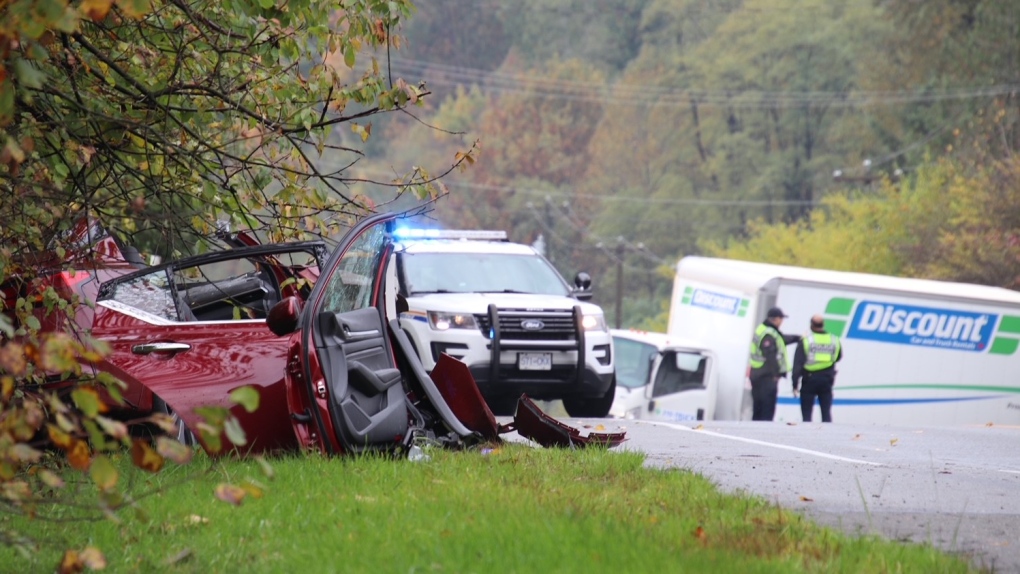 A head-on collision on Lougheed Highway in Maple Ridge sent two people to hospital Saturday afternoon, including one who was transported by helicopter. (CTV)
Vancouver -

A head-on collision on Lougheed Highway in Maple Ridge sent two people to hospital Saturday afternoon, including one who was transported by helicopter.

BC Emergency Health Services told CTV News Vancouver it responded to the crash near the intersection of 280 Street and Lougheed Highway around 1:30 p.m.

Three ambulances and a helicopter were dispatched to the scene, and one patient was taken to hospital by ground ambulance, EHS said, adding that the second was taken by air ambulance.

The ambulance service did not comment on the severity of the patients' injuries or the condition they were in when transported.

Video from the scene shows a red sedan on one side of the road that appears to have had its doors removed using the Jaws of Life. On the other side of the road, a box truck bearing the logo for Discount Car and Truck Rentals had noticeable damage to its front end.

EHS described the crash as a head-on collision.

Lougheed Highway was closed in both directions between 272 and 287 streets as a result of the incident.

CTV News has reached out to Ridge Meadows RCMP for more information. This story will be updated if a response is received.