2 swim to safety after tugboat sinks near Sunshine Coast 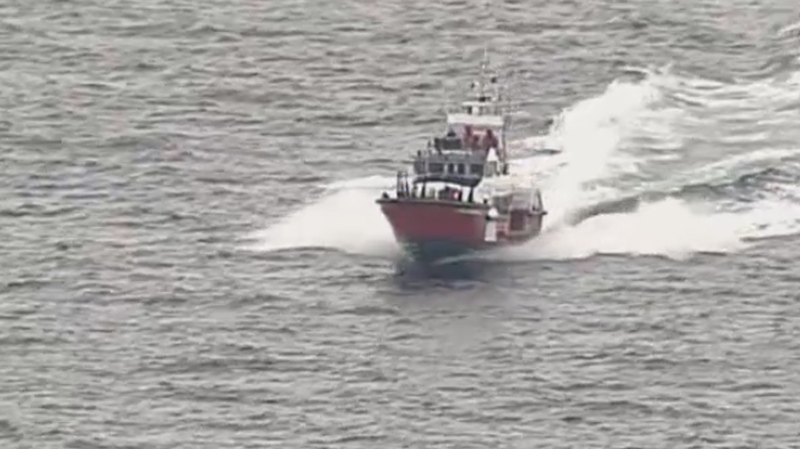 A Griffon helicopter, Buffalo aircraft, hovercraft and Coast Guard vessel were dispatched after a tugboat sank near Sunshine Coast on March 18, 2015. (CTV)

HALFMOON BAY, B.C. - Two men swam safely to a nearby island after a tugboat sank near Halfmoon Bay on the Sunshine Coast of B.C.

Capt. Todd Guenther of the Joint Rescue Coordination Centre says they received calls at around 3:40 p.m. Wednesday saying a tugboat was sinking off Merry Island.

Guenther says residents Halfmoon Bay reported seeing the tugboat sink, while the barge it was towing remained at the surface.

He says a Griffon helicopter, Buffalo aircraft, hovercraft and an additional Coast Guard vessel were dispatched.

A skipper and deckhand were the only people aboard the ship and both swam to Merry Island, where they were met by the lighthouse keeper.

Both crew members were uninjured and were taken by hovercraft to Gibsons, B.C.

Guenther says he's not sure how far the two men would have had to swim to reach the shore.

He says the Coast Guard's Environmental Response department will be in charge of whatever happens next with the sunken vessel, which is named Syringa.

It was not immediately clear why the boat sank.