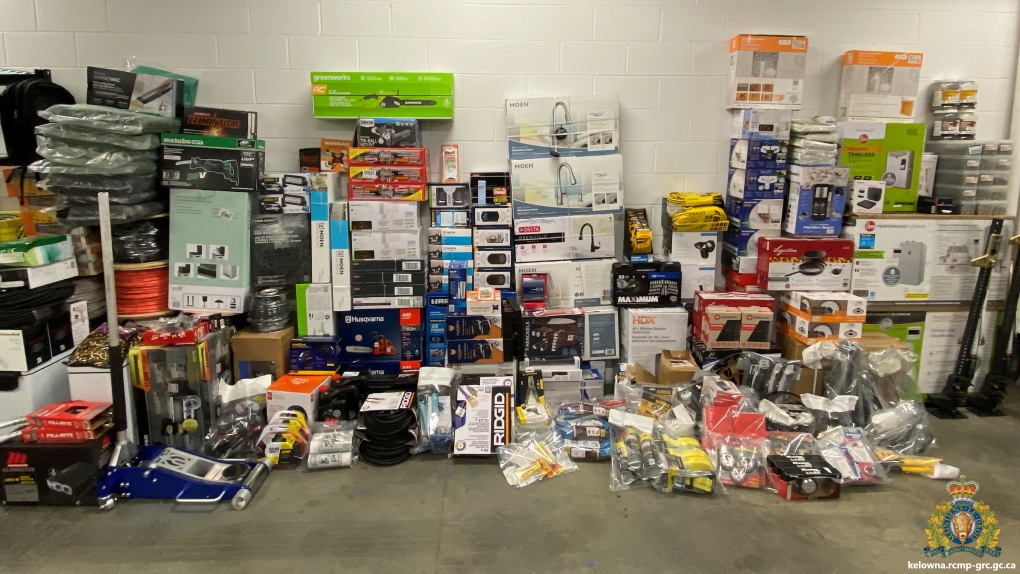 Mounties say they were notified about a man and woman in a Ford cargo van on Sunday and Monday, who were allegedly shoplifting high-value goods from local businesses.

In partnership with loss prevention officers, investigators were able to track down the suspects in a parking lot of a business in Kelowna on Tuesday.

A 42-year-old man from Langley and a 46-year-old woman from White Rock were arrested and taken into custody without incident.

The pair were released shortly after, pending a future court date.

“Our collaborative approach and our relationship with our local asset protection associates is an invaluable tool that assists us in targeting prolific retail thieves.”

West Kelowna RCMP says the investigation is ongoing and the matter will be submitted to B.C. Prosecution Service for consideration of charges.