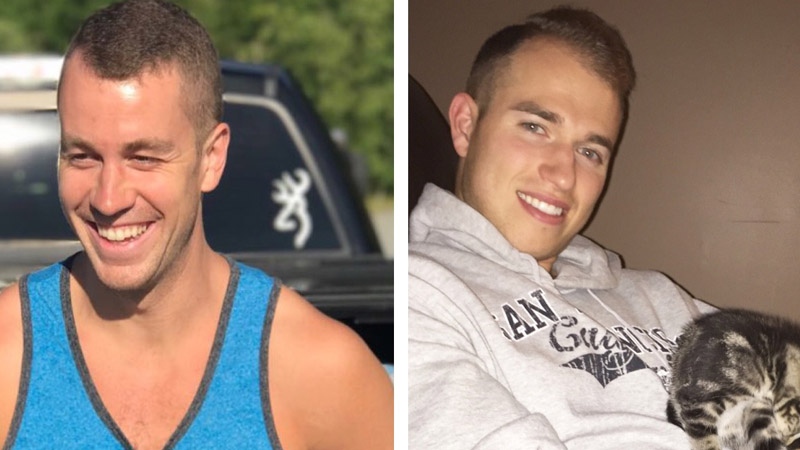 The police officers detained in Cuba have been identified as Vancouver Const. Mark Simms and Port Moody Const. Jordan Long. (Photo from GoFundMe)

A pair of Metro Vancouver police officers are facing potential consequences after an investigation by the Office of the Police Complaint Commissioner into their conduct while vacationing in Cuba.

In a preliminary decision announced Wednesday, the OPCC found there is "sufficient evidence to proceed with a disciplinary process" in the cases of Vancouver police Const. Mark Simms and Port Moody police Const. Jordan Long.

Simms and Long are alleged to have engaged in "discreditable conduct" while on vacation in Cuba. If misconduct is proven to have occurred, the two officers could face a range of disciplinary measures, up to and including dismissal.

The RCMP conducted the preliminary investigation into the conduct of the two men, under the oversight of the OPCC. The decision to proceed with a disciplinary process came from the External Discipline Authority, in this case Chief Officer Dave Jones of Metro Vancouver Transit Police.

Jones will also be responsible for deciding what discipline, if any, the two accused officers face if they are proven to have committed misconduct.

Simms and Long spent nearly a year navigating the Cuban legal system before they were allowed to leave the country. A 17-year-old Ontario girl accused Simms of sexual assault, while Long was accused of being an accomplice to the alleged assault in a Varadero hotel room.

The pair were acquitted by a five-judge panel in Cuba in November, but faced OPCC investigation once they returned to B.C.

The OPCC did not describe the nature of the allegations against Simms and Long, nor did it indicate when the misconduct in Cuba is alleged to have occurred, though the two file numbers referenced in the release begin with 2018.

"Discipline proceedings are not open to the public," said deputy police complaint commissioner Andrea Spindler in the release. "The commissioner has determined that it is in the public interest to release limited information but in order to protect the integrity of the proceedings no further information will be released at this time."

According to British Columbia's Police Act, a police officer commits misconduct if they behave in a manner that they know – or ought to know -- would bring discredit to their department. The statute applies whether officers are on or off duty.

The Police Complaint Commissioner is a civilian, independent officer of the B.C. legislature and is tasked with overseeing complaints, investigations and discipline involving municipal police forces in the province.