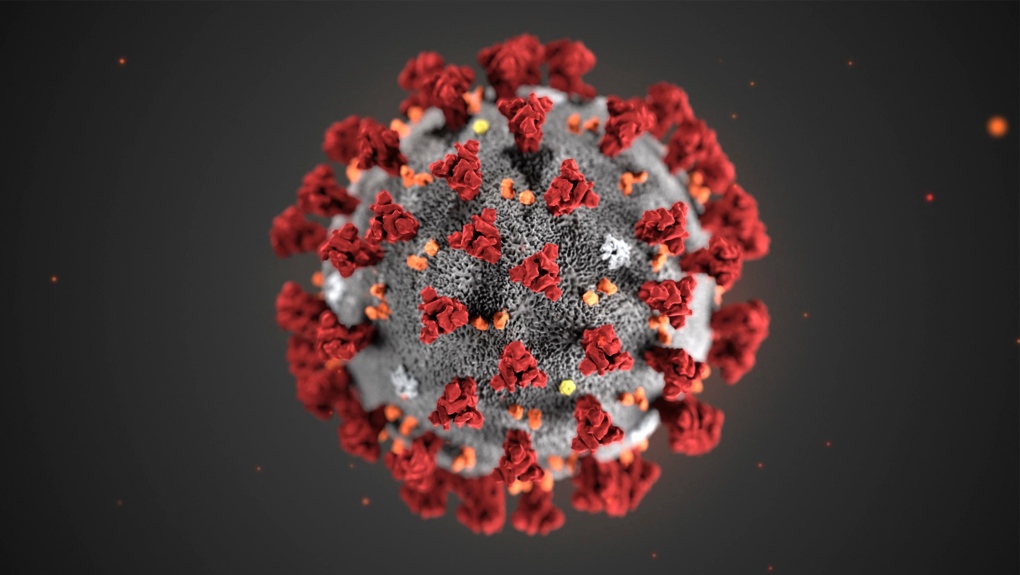 In this illustration provided by the Centers for Disease Control and Prevention (CDC) in January 2020 shows the 2019 Novel Coronavirus (2019-nCoV). The government has made plans to release urgent funds to the research community to study the spread of the novel coronavirus outbreak.THE CANADIAN PRESS/AP-CDC via AP, File

VANCOUVER -- Two separate outbreaks of COVID-19 have been declared at a Burnaby facility that includes both independent living for seniors and a long-term care home, Fraser Health announced Friday.

Early in the afternoon, the health authority announced that a staff member at Derby Manor, an independent living home, had tested positive for the coronavirus.

Then, in the evening, Fraser Health announced that a resident at the George Derby Centre long-term care home had also tested positive.

The two facilities are housed in separate buildings on the same campus in Burnaby, and Fraser Health said there is currently "no evidence that the outbreaks at Derby Manor and George Derby Centre are linked."

The health authority said the staff member who tested positive worked only in the independent living building. That person is currently self-isolating at home, Fraser Health said.

The long-term care resident who tested positive is also in self-isolation, but at the facility, according to Fraser Health.

Enhanced control measures have been put in place across the campus, and Fraser Health has sent rapid response teams to deal with the outbreaks, the health authority said.

The extra staff from the health authority will assist workers at the facilities in communicating with staff, residents and families and dealing with any further support the facility may require, Fraser Health said.

The enhanced control measures put in place, according to Fraser Health, include:

The new outbreaks come amid a recent increase in the number of cases of COVID-19 being reported in B.C. Many of those cases have been traced back to private parties at which physical distancing was not maintained.

A significant portion of the new cases reported since July have been among younger people, rather than seniors and people in long-term care, who are at greater risk of developing serious illness from the virus.

That said, Thursday saw two additional outbreaks declared at long-term care facilities in the Vancouver Coastal Health region: at Richmond Lions Manor long-term care centre in Richmond and at Joseph and Rosalie Segal Family Health Centre in Vancouver. At each facility, a single staff member tested positive for the coronavirus.