2 brothers arrested after 'ramming their vehicles into each other' in reckless driving incident: RCMP 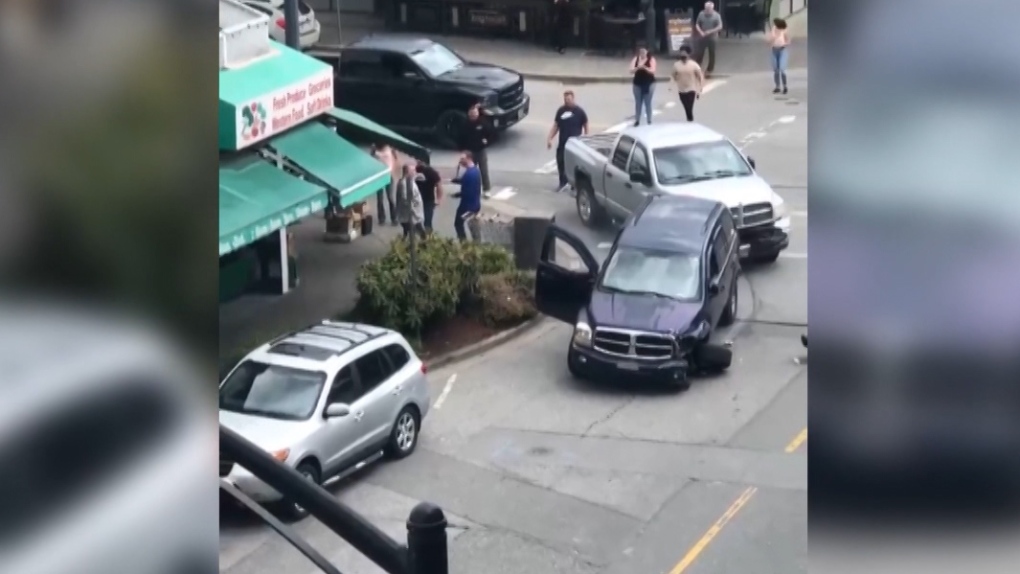 Two men have been arrested and are facing multiple charges related to a reckless driving incident in Maple Ridge earlier this month.

VANCOUVER -- Two men have been arrested and are facing multiple charges related to a reckless driving incident in Maple Ridge earlier this month.

Mounties say they received multiple calls about two vehicles being driven erratically in the city’s downtown core just after 1 p.m. on May 10.

The altercation is believed to have started in a shopping mall parking lot on 224 Street before progressing east along Dewdney Trunk Road, RCMP say.

“A grey Dodge pickup truck and a blue Dodge Durango were being driven dangerous and at high rates of speed while intentionally ramming their vehicles into each other,” said Ridge Meadows RCMP Const. Julie Klaussner, in a news release.

“The vehicles finally came to a stop at the intersection of 227 Street and 119 Avenue, when two men jumped from the vehicles and began physically fighting on the street,” she added.

The two vehicles also crashed into a number of other vehicles in the area during the ordeal.

The two men, who are brothers, were arrested at the scene and are now facing a series of charges.

RCMP say there were no injuries as a result of the incident and it’s not related to recent gang activity in the Lower Mainland.

“This type of behaviour was completely dangerous and reckless. These two people were so engrossed in whatever their drama was that they weren’t thinking about any other person other than themselves,” said Klaussner. “Thank you to the public for the overwhelming number of reports and updates helping police to shut down this incident quickly.”