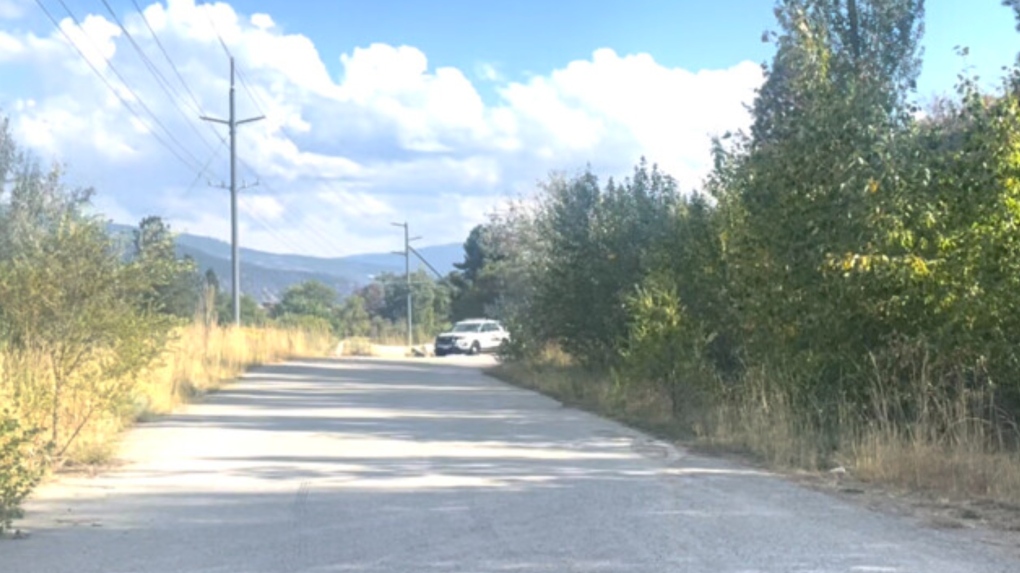 Mounties are investigating after two bodies were discovered at the scene of a fire near a gun range in Penticton Thursday. (Castanet.net)

Mounties are investigating after two bodies were discovered at the scene of a fire near a gun range in Penticton Thursday.

The Summerland Fire Department was called to the paved road next to the Penticton Shooting Sports Range on Highway 97, according to a news release from B.C. RCMP.

Firefighters soon discovered two deceased individuals and contacted Mounties from the Penticton detachment. The BC RCMP Serious Crime Unit has since been called, as the deaths are believed to be suspicious, police said.

“This investigation is in its infancy, as major crime investigators and forensic specialists deploy to the area to assist in gathering and analyzing evidence,” said Sgt. Chris Manseau, acting senior media relations officer for the BC RCMP, in the release.

After the discovery of the bodies, a vehicle fire was reported in Oliver. Investigators from both the Penticton and Oliver RCMP detachments are working to determine if the two incidents are related.

Vehicle fires often follow slayings related to the Lower Mainland gang conflict, as perpetrators attempt to eliminate evidence of their crimes. Police have not said whether they suspect any link to organized crime in this Penticton case.

Anyone with information about either the deaths or the vehicle fire is asked to contact the BC RCMP's Southeast District Major Crime Unit tip line at 877-987-8477.