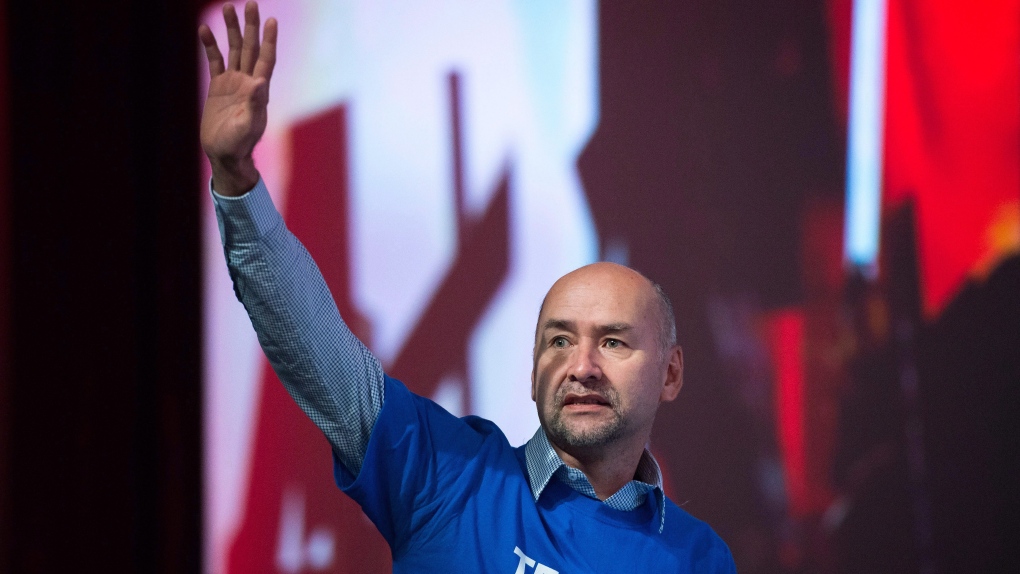 Ellis Ross waves as candidates are introduced prior to a keynote address by then-premier Christy Clark at the B.C. Liberal Party convention in Vancouver on Sunday, Nov. 6, 2016. (Darryl Dyck / THE CANADIAN PRESS)

The two-term Liberal member for the riding of Skeena, Ellis Ross, confirms he will seek the party's leadership.

Ross, a former chief councillor of the Haisla Nation, became the first Liberal to win the Skeena riding in 16 years when he was elected to the Legislature in 2017.

He briefly held the post of minister for natural gas development and minister responsible for housing before Christy Clark's Liberal government was replaced by a minority New Democrat administration.

Ross, a firm supporter of the liquefied natural gas industry, then served the remainder of his first term as the Opposition critic for LNG, resource opportunities and responsible development and won re-election in 2020, capturing 52 per cent of the vote in the process.

Acting Liberal party president Don Silversides announced Wednesday that a leadership vote date will be set for no later than February 16, 2022.