$1B for floods: How Vancouver is preparing for rising sea levels 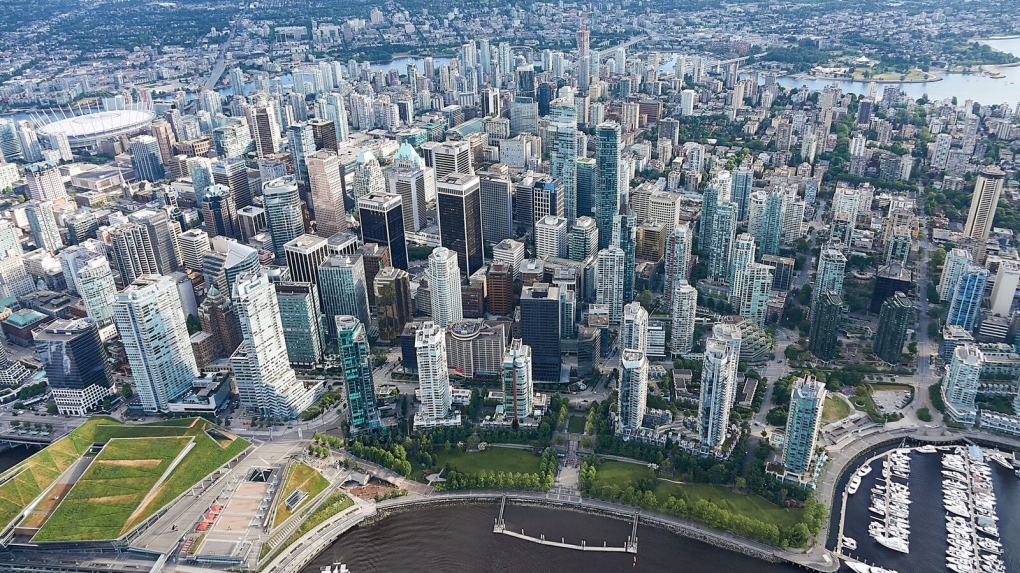 The City of Vancouver says it needs to spend $1 billion this century so it can brace for potential flooding along its coastline in the event of rising sea levels and storm surges.

Flood-related impacts of climate change are being felt by coastal cities around the world, the city said in a statement Thursday, prompting communities like Vancouver to take proactive measures.

Among those measures was retaining a consultation team to assess the potential for flooding along the city's shorelines in view of a projected rise of seal levels.

"Vancouver is focused on being among the most resilient, livable and green cities in the world which means taking bold action to reduce our environmental impact and adapt to climate change."

The city has a history of "king tides," naturally occurring and predictable high tides, which have caused flooding along the coastline in the past.

The report used an estimate from an assessment prepared for the B.C. Ministry of Environment in 2011, which suggested the sea level will rise by 0.5 metres in the next 30 years if no action is taken, and by a full metre by 2100. It also looked at a more conservative rise of 0.6 metres by 2100.

A map that demonstrates what the area could look like at high tide during an extreme weather event shows the edges of Stanley Park, Kitsilano Beach and the land along the Burrard Inlet and north of the airport could be underwater. Granville Island is completely submerged in the model, and False Creek extends to the Clark Drive area.

Maps from the City of Vancouver show the current and projected water levels in event of an extreme weather event in 2100. View an interactive version of the maps by clicking the image.

It's an area of about 13 square kilometres.

"Between now and 2100, the city will work with residents and stakeholders to secure flexible and adaptive shoreline solutions for a range of ocean and river levels that enhance Vancouver's resilience to flooding and deliver many benefits to the community such as recreation, culture, a thriving environment and economic opportunities," the city's statement said.

The Coastal Flood Risk Assessment report examined five possible models for flooding as a result of rising water, and suggested between 1,700 and 4,800 households would be displaced, depending on how quickly the level increases. Between 5,000 and 14,3000 would need shelter, according to the report.

Depending on the scenario, between 5484 and 862 buildings would be damaged to some degree, the report hypothesizes.

The majority of people that would be displaced live in the downtown core, False Creek area and along the southern coastline. 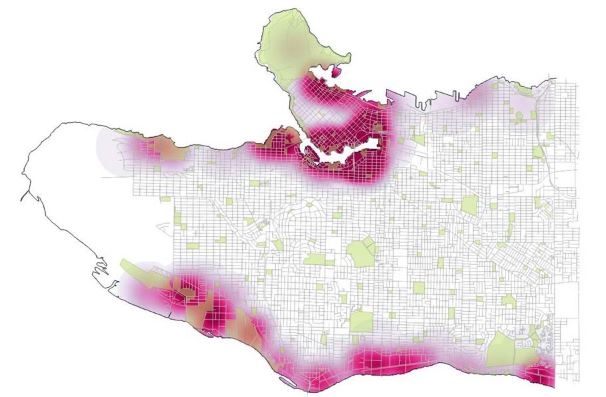 Among the recommendations outlined in the CFRA report and approved by the city is that Vancouver update its bylaws to ensure any new developments are built further back from the coastline to allow for flood protection infrastructure if needed.

The report also suggests developing new procedures to guide the design of that infrastructure, and to allocate as much as $500,000 of the city's Innovation Fund for a design challenge to get residents to submit their solutions for sections of the coastline.

The cost of the infrastructure the city says is required by 2100 is estimated at roughly $1 billion.

"I'm excited to hear from Vancouver residents and experts who have ideas on how we can best protect our homes, coastline, and iconic landmarks from the potentially massive costs and damage resulting from sea level rise and coastal flooding," Robertson said in the statement.

The report is the first step in the city's overall strategy. Phase two will explore options for mitigating and adapting to the flood risk, the report said.