16 puppies, 7 chickens seized from B.C. breeder who's been banned from owning animals in the past 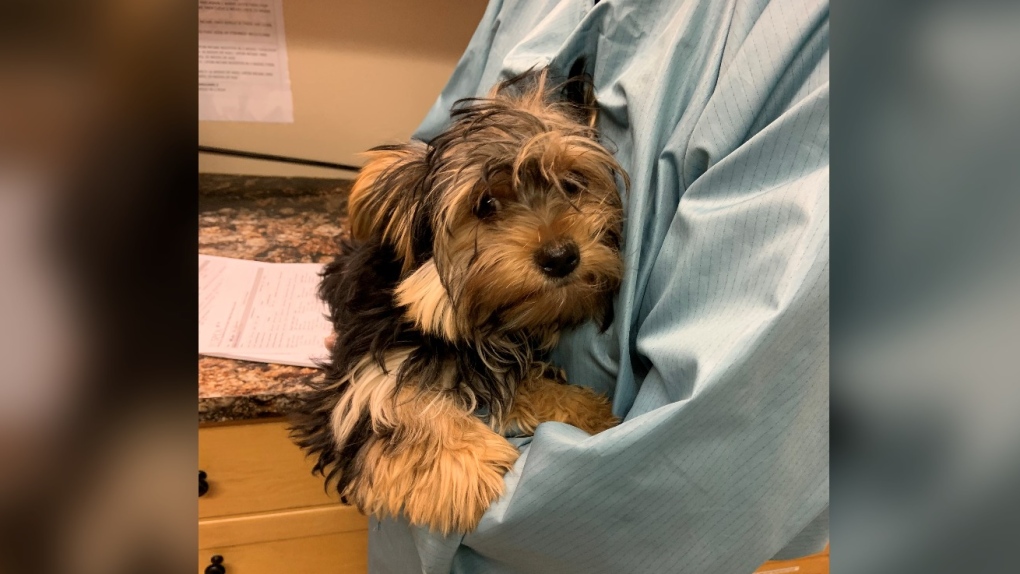 One of the 17 puppies and 7 chickens seized from a B.C. property is pictured. (BC SPCA)

VANCOUVER -- More than a dozen puppies and seven chickens allegedly living in substandard conditions were recently seized from an Interior breeder, the BC SPCA says.

The puppies were living in overcrowded and dirty conditions, says a BC SPCA news release, and they’re all under a year old.

The release says SPCA officers executed a warrant on a property near Kamloops and seized 16 neglected Pomeranian and Yorkshire terrier-cross puppies and a three-month-old Labrador.

Seven young chicken were also seized from the property.

“We have dealt with this individual in the past and she was convicted of animal cruelty in 2005, following a BC SPCA investigation where numerous dogs were seized," said Marcie Moriarty, chief prevention and enforcement officer for the society, in the news release.

Moriarty says the woman was handed a ban on keeping animals but the ban had expired. The woman has not been publicly identified by the SPCA.

The society says it was alerted to the property, this time, by a tip on its animal cruelty hotline.

“It appears she has been breeding puppies again and selling them for up to $2,000,” added Moriarty.

The puppies have been moved from the Kamloops area and are not yet currently available for adoption while the legal process is ongoing.