15-20 cm of snow in the forecast for some B.C. highway passes 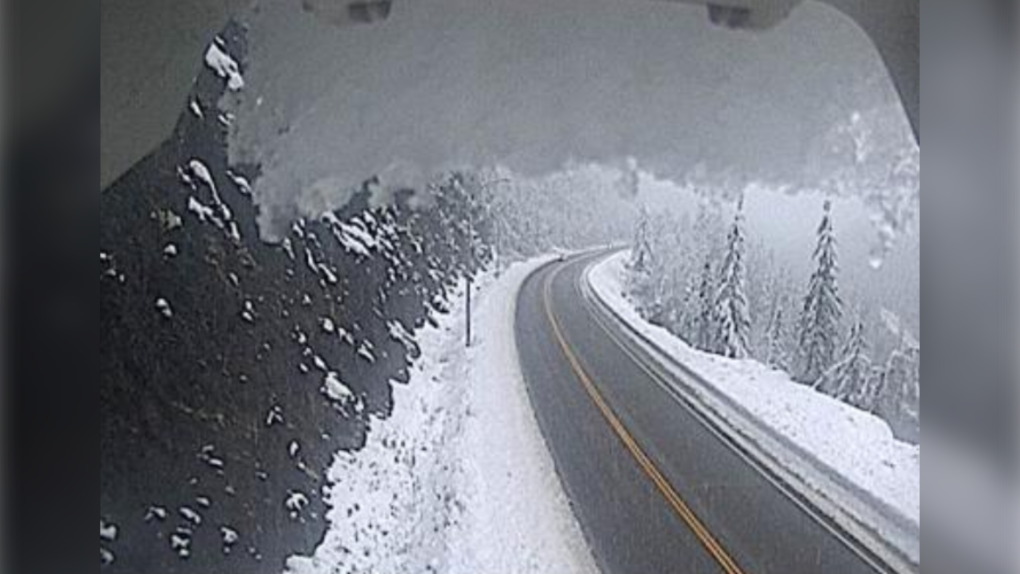 A photo from DriveBC webcam shows the view of Highway 1 about 45 kilometres east of Revelstoke, B.C. The view is partially obstructed by snow.

VANCOUVER -- As many as 20 centimetres of snow could fall over some highway passes in British Columbia on Friday, forecasters warn.

The weather agency predicted the system would dump between 15 and 20 centimetres of snow on areas in its path.

It's unlikely to stick around, though, based on the forecast.

Environment Canada said the snow was expected to switch over to rain later in the day, then taper off entirely by evening.

Still, those driving through the affected areas are advised to be ready to adjust for sudden, hazardous conditions.

Snowfall warnings are in effect for:

An additional warning was issued for the South Peace River region, where the accumulation is estimated at about 10 centimetres.

Those near Tumbler Ridge and Yellowhead Pass may see another five centimetres through the day, before the weather system crosses into Alberta.