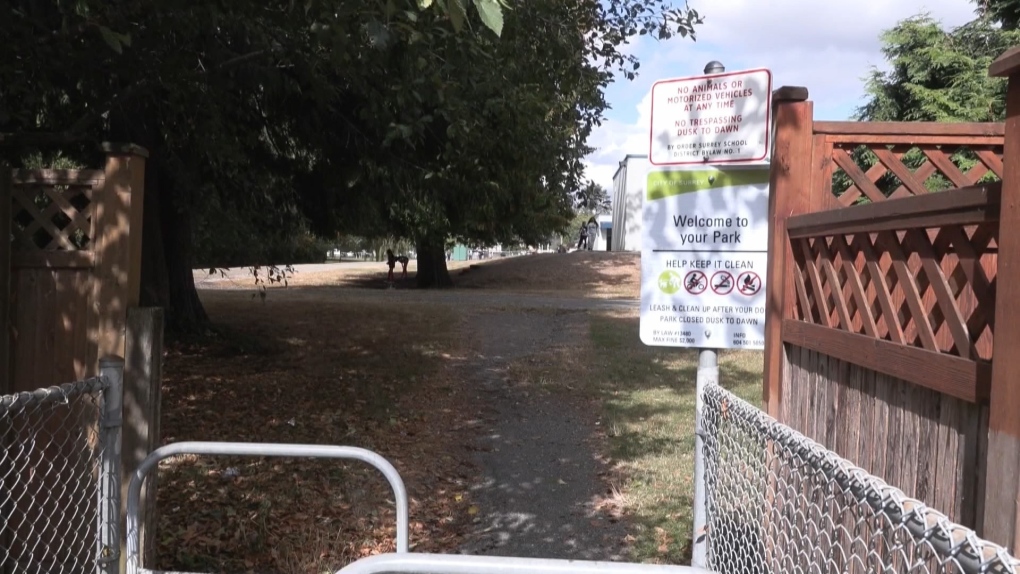 The victim suffered non-life-threatening injuries in the stabbing at a park on 123 Street near 64 Avenue in the city's Newton neighbourhood, Surrey RCMP said.

A 13-year-old was stabbed during "an altercation between a group of youths" in Surrey Thursday night, according to police.

The victim suffered non-life-threatening injuries in the stabbing at a park on 123 Street near 64 Avenue in the city's Newton neighbourhood, Surrey RCMP said in a news release Friday.

Mounties said the incident occurred shortly before 7 p.m. and involved "a group of youths" who were "playing basketball and lighting off fireworks in the park."

"There was allegedly a confrontation over the fireworks involving two additional unknown youth suspects," police said in their statement.

"The interaction turned into a physical altercation between multiple parties and one youth victim was stabbed."

Frontline officers responded to the incident and a police dog assisted in searching for the suspects, who were not located, police said.

Officers did find a knife in the area. They are working to determine whether it was the knife used in the stabbing.

Police are also working to identify the two suspects, who they described as South Asian youths, likely between 15 and 17 years old. One was wearing a grey hoodie and the other was wearing a black hoodie, and both were wearing face masks, according to police.

Investigators are speaking with witnesses and gathering surveillance video from the area, police said, adding that anyone who has information about the stabbing should contact them at 604-599-0502.