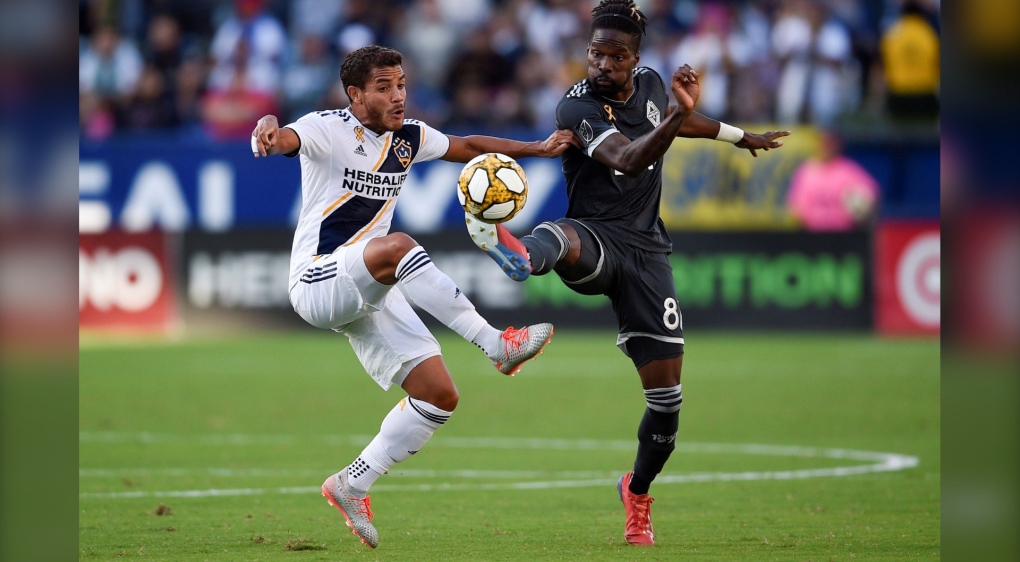 VANCOUVER -- The Vancouver Whitecaps are hoping that young legs will lead to improved results as their 10th season in Major League Soccer kicks off on Saturday night.

Vancouver finished 23rd overall in the 24-team league last season with a 8-16-10 record. A raft of off-season changes has the Whitecaps entering the new year with an average age of 24.1, the youngest team in MLS.

“I'm bringing the average up, which is just wild to me,” laughed 25-year-old defender Jake Nerwinski, who is starting his fourth season with the club. “I think that we have a lot of good young guys. We had a really good pre-season, worked on a lot of things that we needed to. We're ready to go. We're ready to fly.”

The Whitecaps posted a 3-2-1 exhibition record as the club worked to establish its aggressive new high-press playing style, using the counterattack to create chances by pressuring opposing defences.

In pre-season, that offence was led by new designated player Lucas Cavallini. The 27-year-old Canadian striker, who has played abroad for the last 11 seasons, was acquired in December from Club Puebla in Mexico's Liga MX for a record transfer fee.

For midfielder Russell Teibert, who has been with the Whitecaps since the club's inaugural MLS season in 2011, success in 2020 will come from a united effort.

“I think you're going to look at the team as a whole,” he said. “From the 11 starting and the guys coming off the bench, I'm talking about the mentality. We want to show the teams in the league and our fans that we're really going to go for it this season.”

Now in his second season with the club, coach Marc Dos Santos acknowledged that he was “in the dark” at this time last year, as he scrambled to assemble his opening-night roster.

“This year, I know exactly what I'm getting from our guys,” he said after Thursday's training session at UBC's National Soccer Development Centre. “I know the group and I know the core. As a club, we're ready much more than we were last year.

“Now, is that going to translate to a win, draw or loss? I don't know. But I'm confident that we're going to do well, and we're ready for this game.”

“I was really happy with a lot of things I saw in the three Portland games,” he said. “There are so many good moments in those games that I feel we have a good basis right now, but not more than that. Because on the other side, and I will be always critical until we reach the 100 per cent. And the 100 per cent - that's far, far away. There are a lot of things we can improve in every game.

“So the base is good. I think we are prepared for the start, but not more than that.”

Sporting Kansas City touches down in B.C. Place after finishing 11th in the Western Conference last season, four points ahead of Vancouver. The club has amped up its attack this season with the addition of Mexican forward Alan Pulido.

“It's the same type of Sporting Kansas City of the last seven, eight years,” said Dos Santos. “A team that likes to press, based in that 4-3-3. Aggressive. Likes to have the ball. Now, maybe with Pulido they have a reference that is more important.

“But man, I'm confident with the guys we have. They're going to have problems also with us.”

Teibert agreed with his coach.

“There's a real mentality shift,” said Teibert. “I think that's the biggest thing that sticks out.

“Guys are hungry. Guys want to give something back to the fans because they deserve it.

“We want to be a team that excites them this season.”