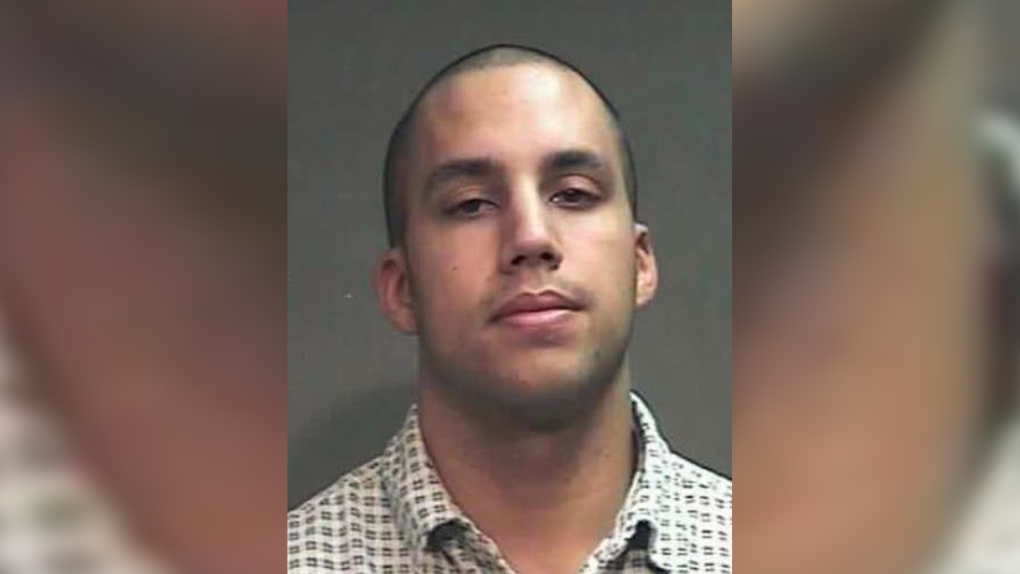 Conor Vincent D'Monte is seen in this image provided by CFSEU-BC.

VANCOUVER – Authorities have extended the massive reward offered for information leading to the arrest of Conor Vincent D'Monte, a former UN gang member who is considered one of Canada's most-wanted fugitives.

The Combined Forces Special Enforcement Unit of B.C. said investigators have received more than 20 tips about D'Monte's whereabouts since the $100,000 reward was announced back in January, but police have yet to track down the accused murderer.

Authorities allege D'Monte was involved in the killing of Kevin LeClair, a high-ranking member of the Red Scorpions gang who was gunned down outside a Langley strip mall back in 2009.

Authorities believe the accused fled Canada in 2011 to escape arrest, and has been on the run ever since.

"Conor D'Monte and his fellow gang members are responsible for an unprecedented level of brazen gang violence in the history of British Columbia. Police will not rest until we have brought all those responsible to justice," Asst. Commissioner Trent Rolfe of the CFSEU said in a statement.

The reward, which is available until Jan. 30, 2020, was offered in partnership with the Bolo Program and Crime Stoppers. On Tuesday, authorities revealed they are also now working with the U.S. Marshals Service, since D'Monte has ties to the Los Angeles area of California.

The Bolo Program is a public safety project that launched last year in Toronto, using social media to help track down fugitives. The search for D'Monte is the program's first case in B.C.

D'Monte is described as white, 6'1" tall with dark hair and brown eyes. He has Chinese characters tattooed on his left arm, and has previously gone by aliases including "Benzo," "Brian Black" and "Manual Nico Ortega."