10 residents of Haro Park have died from COVID-19, while 19 other B.C. care homes also battle outbreaks 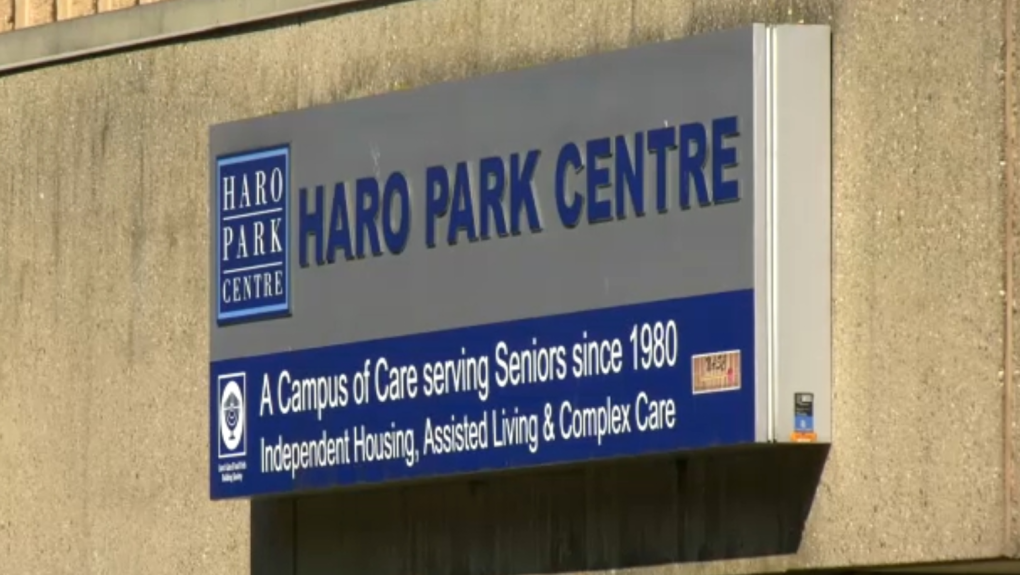 "We lost another resident today who fought very hard from the beginning," staff wrote on Haro Park's website on April 10. According to the update, 12 residents are positive with COVID-19. On Sunday, the centre reported two more positive cases, bringing the total of residents who have the virus to 14.

Haro Park is just one of many long-term care homes in British Columbia that have been hit with coronavirus outbreaks. As of Saturday, a total of 20 long-term and assisted-living homes were still dealing with active outbreaks, according to B.C.'s provincial health officer, Dr. Bonnie Henry.

During her Saturday briefing, Henry reported 246 confirmed cases of COVID-19 at seniors care homes; 153 of those cases were residents and 93 were staff members.

B.C. is not the only province to see COVID-19 flourish in long-term care homes: health officials in Quebec described a horrific situation in a private care home in Montreal, where 31 residents died and others were found severely neglected. On March 29, health authorities went to visit the home and found staff had abandoned it.

During her daily update on Saturday, Henry said B.C. has taken steps to make sure there are enough staff at long-term care homes.

At the same time, the province has taken extraordinary steps to fix some of the reasons home care staff work at several different facilities, including a provincial public health order that bars workers from working at multiple care homes. At a press conference on Thursday, Health Minister Adrian Dix said it would cost $10 million a month to fund higher wages for care home staff.

"A huge challenge in moving to single site staffing in this sector is that wages paid by some operators are as much as $7 an hour less than those paid under the provincial standard in the Facilities Bargaining Association collective agreement," the Hospital Employees Union, which represents some care home staff, said in its April newsletter.

Part of the reason it took multiple weeks for B.C. to implement the order was because officials had to work out the logistics of ensuring all homes would have sufficient staff.

"We've not seen staffing shortages, and we've been working very carefully to try and support staff so they can continue to come into work," Henry said. "We've had a large number … of nurses and care aides who've stepped up and volunteered to assist in the long-term-care-facility outbreaks that we've had and we're incredibly grateful for that."

Dix said the province has put in place a "transition framework" with all the employers and unions involved.

"It ensures that all of them receive an equitable wage and scheduling stability, so they can work in a single site without financial hardship or patient service disruption," Dix said.

The number of employers, workers and different collective agreements involved means it has taken some time for home care staff to stop working at more than one site, Dix said – even though health officials were well aware of the way COVID-19 had quickly spread from workers to care home residents.

"What we didn't want is for things to happen, so that people only went to one or two places and there were people who were left without staff," Dix said.

He added that any long term care home with a current outbreak has already stopped the movement of staff and the policy is "going broader now."