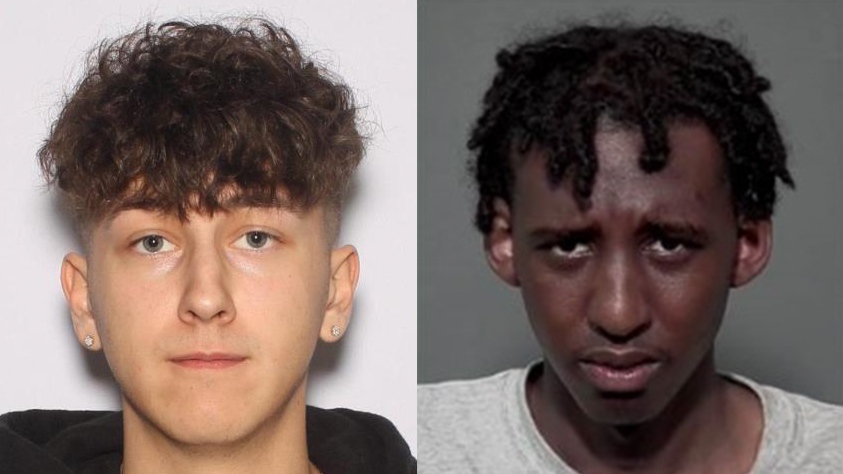 One man wanted on a Canada-wide warrant for a variety of offences, including kidnapping, has been arrested, while a second suspect remains at large, according to Surrey RCMP.

Mounties first warned about Nathan Barthelette and Meaz Nour-Eldin in early August. Each of them is charged with kidnapping, unlawful confinement, aggravated assault, robbery and firearm offences.

The charges stem from an incident that occurred in Surrey in early July.

On Monday, Surrey RCMP announced that Barthelette was arrested on Sept. 3. He was arrested by the Canada Border Services Agency at the Pacific Highway Border Crossing. He was attempting to cross the border from the United States into Canada.

Nour-Eldin is still wanted Canada-wide. Police said they believe he is now in the Montreal area.

Police describe Nour-Eldin as a 22-year-old Somalian man. He is 6'1" tall and weighs 181 pounds. He has brown eyes and black hair and has tattoos on his left hand, left wrist and upper torso.

Anyone with information on the whereabouts of Nour-Eldin is asked to contact Surrey RCMP at 604-599-0502. Tips can also be provided anonymously through Crime Stoppers at 800-222-8477.