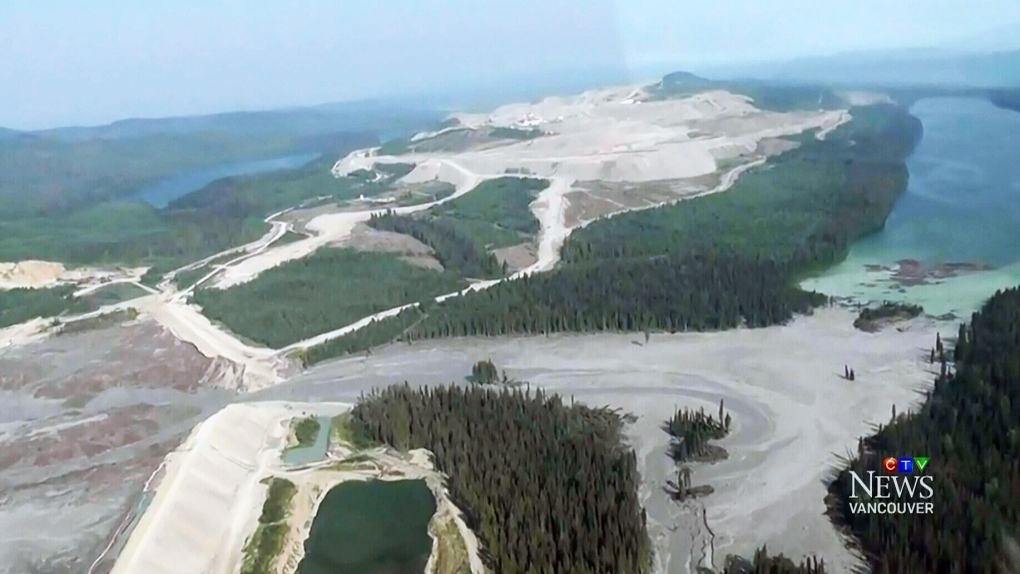 An undated file photo shows an aerial view of the Mount Polley mine before it was scheduled to reopen.

VANCOUVER -- British Columbia's chief auditor of mines has found changes to the province's requirements for tailings storage facilities made after the Mount Polley disaster have generally improved the management of mining waste.

Many of the revisions made in 2016 to B.C.'s health, safety and reclamation code on tailings management align the regulatory framework with the industry's best practices, “with a few exceptions,” says the auditor's report released Friday.

The changes stemmed from recommendations by an independent engineering investigation into the 2014 failure of the tailings dam at the Mount Polley copper and gold mine in B.C.'s Interior, which sent more than 20 million cubic metres of mining wastewater into the surrounding waterways.

The audit focused on the clarity, enforceability and consistency of the code revisions with best practices, as well as on industry compliance and government enforcement, finding they have helped, but there is room for improvement.

It found 72 per cent of facilities were in compliance, while 28 per cent, or 18 tailings facilities, had not met at least one of those code requirements as of last March.

The audit also found the Mines Ministry is not consistent in its approach to enforcement at tailings storage facilities that aren't in operation, in contrast to its systematic approach to compliance and enforcement for operating ones.

Interviews done as part of the audit indicate the ministry does not have sufficient resources to inspect all tailings storage facilities and review related submissions in detail while balancing the rest of the inspectors' responsibilities, the report says.

A 2009 inspection manual is outdated, it says, leading to inspections at major operating mines being prioritized over those at regional or non-operating ones.

“Geotechnical inspectors noted a perceived risk with the relative lower level of oversight for care and maintenance @ closed, and abandoned mines due to the prioritization of resources to operating major mines,” the auditor's report says.

The ministry should develop policies to guide expectations for the geotechnical inspectors related to how their work is prioritized across a mine's lifespan, it recommends.

Other recommendations for the province include developing a process to determine when and how B.C.'s regulatory framework for tailings storage facilities will be updated to reflect new standards, and clarifying the roles of the Mines, Environment and Natural Resources ministries when it comes to dam safety regulation.

The audit also found that while the code requirements are generally clear, several key terms are vague or undefined and the auditor recommends clarifying them.

The province is committed to implementing all seven recommendations, Mines Minister Bruce Ralston says in a statement.

The tailings code revisions were selected as the first audit by the new unit because of the high level of interest from the public, Indigenous communities and industry after the Mount Polley disaster, chief auditor Andrew Rollo says in a statement.

The B.C. government has been revising its mining policies, including creating the independent chief auditor position last year, following a 2016 auditor general's report that found the monitoring and inspections of mines were inadequate.

The province says it has also established a standing committee to ensure technical regulations for mining are kept up-to-date, separated the permitting process for mining projects from compliance and enforcement, and implemented fines for non-compliance.

This report by The Canadian Press was first published June 18, 2021.